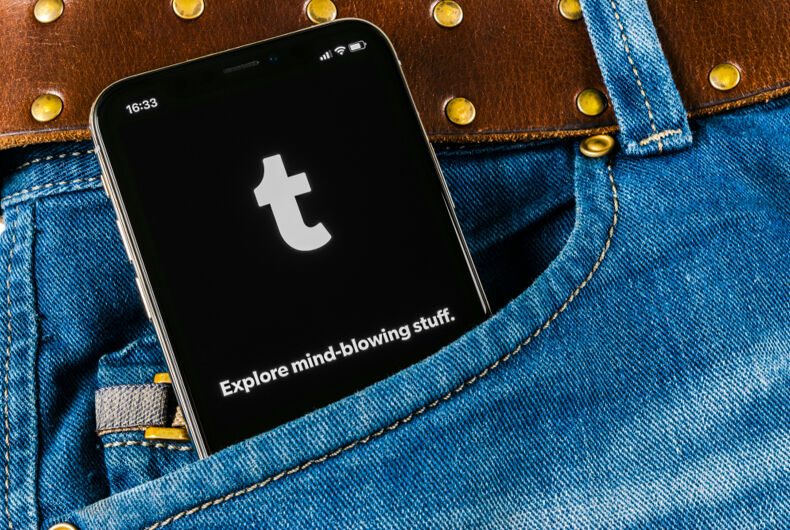 On Monday, Tumblr announced that it will ban “adult content” from its social network starting December 17. But the ban will penalize the site’s thousands of LGBTQ artists, educators, sex workers and others fans as well.

Tumblr’s move was foreseeable: Last November, Apple briefly removed Tumblr from its App Store because of child sexual content. This January, the US congressional Fight Online Sex Trafficking Act (FOSTA) will hold websites liable for when users post any content seen as promoting sex work. Eager to avoid prosecution, Tumblr and other sites are purging all sexual content.

An estimated 20% of Tumblr’s current traffic comes from people seeking adult content. So Tumblr’s decision will make the site more advertiser friendly while effectively killing off one-fifth of its user base.

this just in: tumblr thinks sitting on desks is inherently sexual pic.twitter.com/RdPjG1SCbV

Here are five communities that’ll be most harmed by Tumblr’s adult content ban.

Now these sex workers will only have Twitter and Instagram to market themselves, potentially leveling their audience base and income, especially since Facebook-owned Instagram has recently banned any mentions of sexuality.

2. Sex educators: Vox.com reports that Tumblr’s new policy allows “nudity for the purposes of sexual education.” But sex educators are doubtful that Tumblr’s flagging system will be able to adequately tell between a photo illustration showing how to conduct a self-breast exam and a shot of a female breast (especially since Tumblr’s new policy forbids “female-presenting nipples,” whatever those are).

But these images could easily get flagged, providing little incentive for unpaid educators to go through the hassle of undergoing a separate resolution process for every image flagged.

Tumblr allowed these artists to share their work with thousands. Artists would commonly direct fans to Patreon and other donation sites where their passions could turn into actual paid careers.

But with Tumblr banning their content en masse, these burgeoning artists will no longer be able to access their wide networks of fans, leaving them to try and attract patrons elsewhere.

Now that nude images of these people will be wiped out, so too will a growing movement of those who embraced nakedness as a newfound form of pride.

5. Everyday users: Considering that an estimated one-third of all women and two-thirds of all men watch adult content, Tumblr was filled with thousands of users who enjoyed this content without ever posting it themselves. These users had Tumblr sites of their own, re-posted other non-explicit content and connected with other users while enjoying the site’s sexual content.

Posters of other non-adult content — like political memes, historical artwork, insightful quotations — gave followers numerous reasons to regularly tune in. But many posters of such content have already left the site, tired of having their archives wrecked by automated tools that mislabel their posts as “adult.”

The new Tumblr will make many of these users less engaged, knowing that it can only ever offer a censorious PG-13 experience, leaving a sea of dead links and inactive users in its wake.