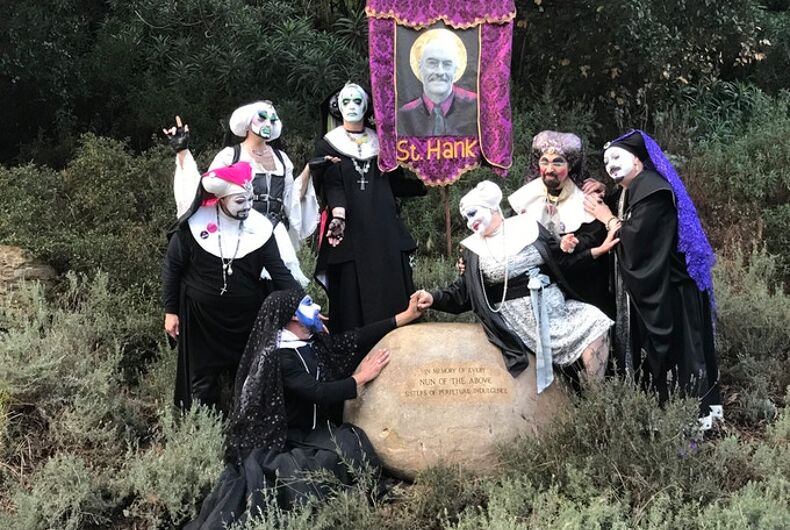 During the height of the AIDS epidemic, Hank Wilson ran a hospice for hundreds of poor, HIV-positive San Franciscans. But today, few people are aware of who he was or what he did. A new documentary on his life and work aims to change this.

The project, spearheaded by composer and activist Bob Ostertag, will explore Wilson’s life and LGBTQ and HIV/AIDS activism.

Wilson was active in San Francisco throughout the 1970s and 1980s. He founded or co-founded many key Bay Area organizations including the Harvey Milk Lesbian, Gay, Bisexual, Transgender Democratic Club; Tenderloin AIDS Resource Center; the Gay Teachers Coalition; the Castro Street Safety Patrol; the PWA Coalition; and the Frameline Film Festival, amongst many others.

Wilson, a former kindergarten teacher who managed the Ambassador Hotel in San Francisco’s Tenderloin district, used the space as a hospice for those dying of the disease.

Even in the midst of this, he formed the first LGBTQ comedy club in San Francisco, the Valencia Rose Cafe, hosting then up-and-coming talents like Whoopi Goldberg and Lea Delaria.

Despite his grand efforts, he led a humble life, even sleeping on the floor of his own one-room apartment.

True to his humble spirit, the documentary itself is hosting a Kickstarter for a mere $15,000, with much of the work donated by the community and those involved themselves. Any money raised beyond the final costs will be donated to the organizations Wilson helped start — a fitting tribute to his legacy.

As of this writing, the Kickstarter has raised just over half the funds needed to make this project a reality. Take a look at their video and consider joining their cause.

The documentary will also feature animation by Jeremy Rourke, music by the Kronos Quartet and Tin Hat and a slate of interviews including comedian Lea Delaria, former State Assemblyman Tom Ammiano and singer-songwriter Blackberri.