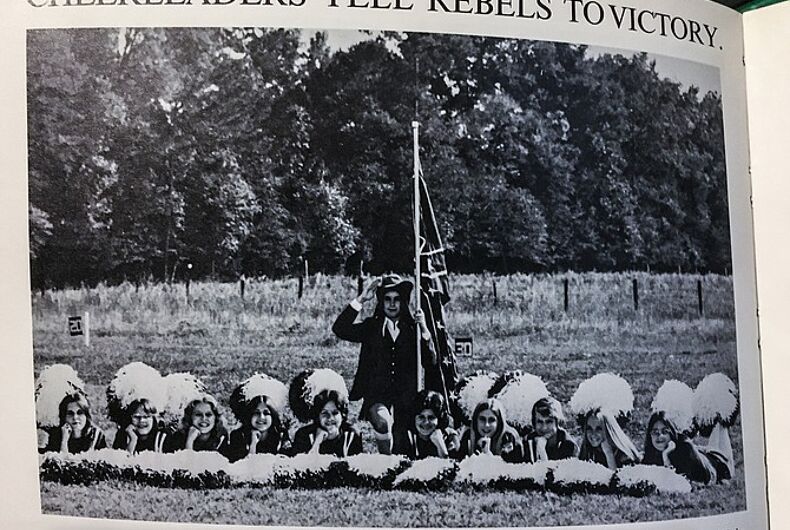 Seven private schools that benefit from the state’s school voucher program explicitly say that they expel students who get pregnant.

At issue are the state’s “segregation academies,” schools that were founded after Mississippi public schools were integrated in 1969 so that white parents could keep their kids away from black students. The schools discriminated on the basis of race either explicitly or implicitly, and the state legislature immediately offered them support in the form of school vouchers.

While the Supreme Court ruled in 1976 that schools that practice racial discrimination would lose their tax-exempt status, they remain whiter than their surrounding areas to this day.

The Hillcrest Christian School in Jackson warns students that the school can ask a student to take a pregnancy test.

The Northpoint Christian School also says that students who get an abortion will also be expelled, and the bans LGBTQ students.

The school bans “homosexuality” and says any student “who promotes, engages in, or identifies himself/herself with such activity through any action” will not be admitted.

The state’s school voucher program gives the schools up to $6500 per student, effectively funding discrimination.

“When I hear about these segregation academies who receive some type of voucher funding, I think the more things change, the more they stay the same,” said William Berry, an analyst at the Southern Education Foundation. “You do see some schools who really embraced this history.”

Another school that bans pregnant girls, the Madison-Ridgeland Academy also bans “twists,” “cornrows,” and “dreadlocks,” all hairstyles associated with African-Americans.

The NAACP Legal Defense Fund filed a complaint against several schools in Florida with the same policy, arguing that this policy is a form of racial discrimination.

None of the Mississippi schools would comment on their policies.

Segregation academies in the South have recently come under scrutiny because of Senator Cindy Hyde-Smith’s comments about how she would attend a “public hanging,” a comment that many interpreted as a reference to lynching in the South.

Florida has a similar issue with schools that receive state money. Seven schools were found earlier this year to have a “zero tolerance” policy for homosexuality, while others were using textbooks that teach that homosexuality is a “moral evil.”

The judge who struck down Obamacare hates LGBTQ people too

Is Barbie about to make a same-sex wedding doll set?