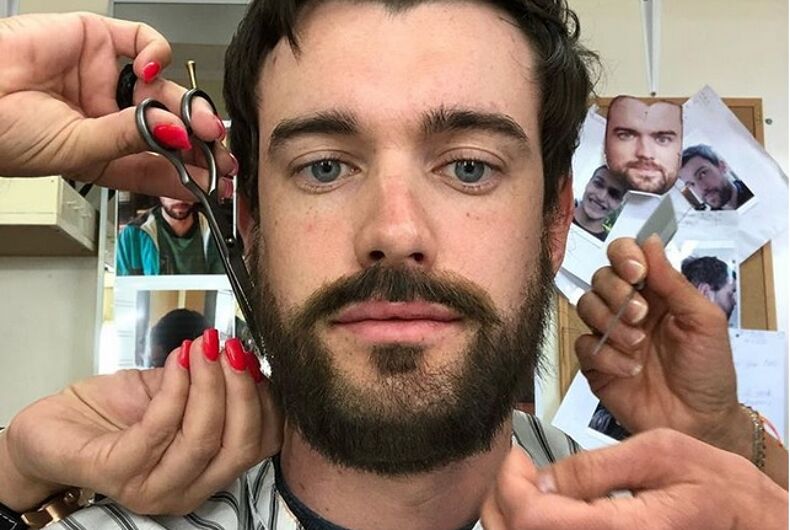 Jungle Cruise is set to be the first Disney movie with an openly gay character, complete with a coming out scene.

But the character won’t be using the word “gay” to describe himself.

Jungle Cruise, which is based on a ride at Magic Kingdom, is set in the 19th century and stars Emily Blunt and Dwayne “The Rock” Johnson.

Blunt’s character, Lily, will have a gay brother, McGregor, played by Jack Whitehall.

In a version of the film that was test screened last week, McGregor has a coming out scene where he explains to The Rock’s character, Frank, that he’s not into women.

But he doesn’t use the word “gay,” TMZ reports.

Perhaps the word is missing because the movie is set in the 19th century – it wasn’t until the mid-20th century that the word “gay” was commonly used to refer to gay people, and it wasn’t until 1891 that even the word “homosexual” was used in the English language.

But… it’s not like Disney is known for historical accuracy. Perhaps the wording was chosen so that adults who see Jungle Cruise will know what he means, but the scene will go over kids’ heads, to avoid controversy in the U.S.

Or perhaps Disney doesn’t want the movie to be banned in conservative countries.

The movie raised eyebrows in LGBTQ media this past August when it was announced that the gay character would be played by a straight man and that the character was described as “hugely effete, very camp, and very funny” by a source familiar with the script.

Jungle Cruise is set to be released in 2020. Since TMZ was reporting on a test screening over a year before the movie is released, the coming out scene may get cut from the final edit.

What if James Bond were played by a trans woman?

A taxi driver kicked a gay man out of his cab. He just got fined & suspended.