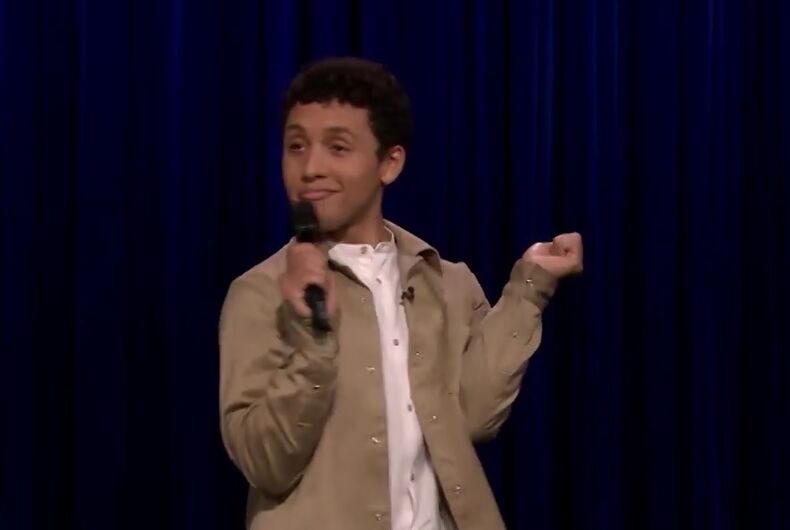 Comedian Jaboukie Young-White told The Tonight Show about how his family reacted to his coming out.

Jaboukie Young-White returns to The Tonight Show Starring Jimmy Fallon with jokes about how his first appearance outed him to his parents and the coolest thing he learned in an MMA class. #FallonOnCC

Young-White said that his family found out that he was gay when they watched his previous performance on The Tonight Show.

His brother also came out as bi after he came out. Maybe he should come out more often – he could turn the whole world LGBTQ.