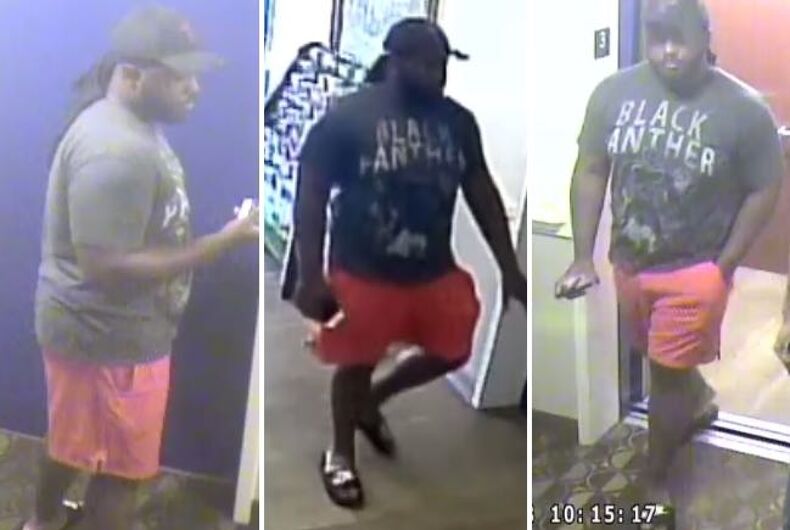 Police are searching for this man, who allegedly sexually assaulted someone at a Marietta extended stay hotel in October.Photo: Cobb County Police Department

Authorities in Marietta, Georgia are searching for a suspected rapist that assaulted a man at a local extended-stay hotel in October. The men connected on the hookup app Grindr.

The victim told police that after the two chatted briefly on the app, the suspect arrived at the Intown Suites hotel within five minutes. He says he was overpowered by the man and sexually assaulted.

The victim’s name and age were not released to the public. He immediately reported the assault to authorities.

“We are hoping someone in the public can help us out with this one before this guy strikes again,” Cobb County Police Sgt. Wayne Delk told Project Q Atlanta.

The suspect is described as a 26-30 year old African American male with a medium to dark complexion, 5’10”-6’0″ in height, and weighing roughly 200-230 pounds according to police.

If you recognize the suspect or have any information about the crime, please call the Cobb County Police Department at 770-499-3945.