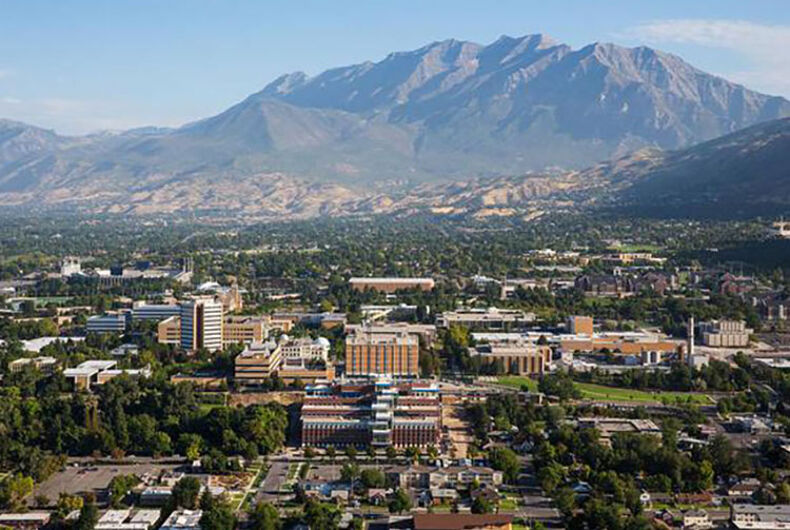 An eye-opening and frightening report exposing the secret, underground LGBTQ community at Mormon-run Brigham Young University in Utah, and reveals how the school’s “Honor Code ” office disciplines victims of gay rape, and too often lets the rapists walk free.

Several current and former BYU students told The Salt Lake Tribune that rape victims who come forward are themselves investigated for potential punishment. The newspaper profiled six LGBTQ students who said they were assaulted on the campus of the flagship school of The Church of Jesus Christ of Latter-day Saints.

According to the Tribune, BYU’s Honor Code prohibits homosexual behavior, defined as “not only sexual relations between members of the same sex, but all forms of physical intimacy that give expression to homosexual feelings.”

Holding hands and kissing is only permitted between heterosexual men and women, and it’s common knowledge that to do with a same-sex partner would be subject to discipline. BYU spokeswoman Carri Jenkins told the Tribune the language of the Honor Code “speaks for itself and relies on students to use good judgment.”

But what the newspaper learned through LGBTQ advocates is that  coming out at the university is so risky that even people who aren’t looking to date feel they must meet in secret, often online.

The Tribune puts forth the idea that by penalizing rape victims, the university may actually be enabling rapists, who know their victims risk discipline if they report their assault to the school.

That means rapists on campus can prey upon victims of the same sex assured they will never be punished by BYU, and that their victims will stay silent. If he or she did dare to report a rape involving a same sex student, the Honor Code Office would more than likely discipline the victim than the accused rapist.