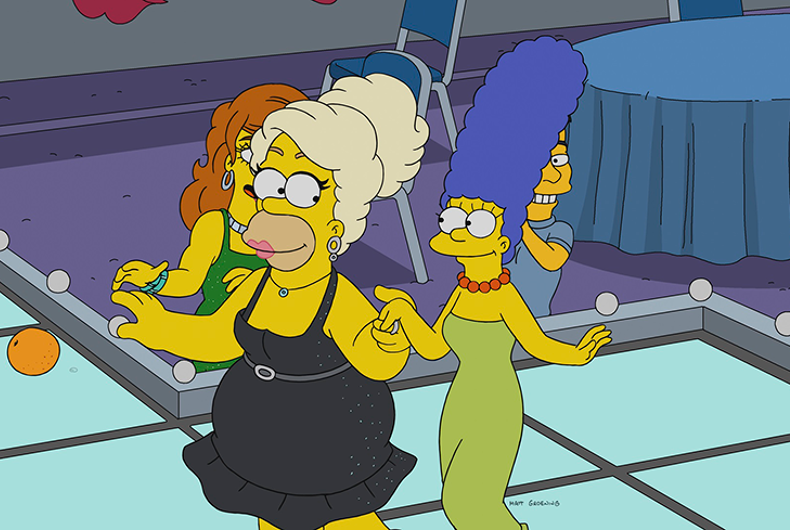 More details have been released about the upcoming drag episode of The Simpsons.

RuPaul and Raja (winner of season 3 of RuPaul’s Drag Race) announced that they would be appearing on the Simpsons a few weeks ago.

Now a few images of the episode have been shared with the press that show Homer and Marge both dragged up.

The episode itself is about Marge getting a new job (how many has she had so far?) selling Tupperware, as showrunner Al Jean explained to Entertainment Weekly.

This is true – most successful Tupperware sellers are drag queens.

So Marge starts selling Tupperware, and her friend Julio convinces her to pose as a drag queen to make more money. They think she’s a guy playing a woman, which Marge kind of looks like a little.

She’s really successful and then RuPaul is playing a character like himself. When [Marge] is going to go out and earn money, Homer says, “‘No wife of mine is ever going to work,’ is a bizarre thing that men used to say for some reason. Please do!'”

The episode will air on November 18.