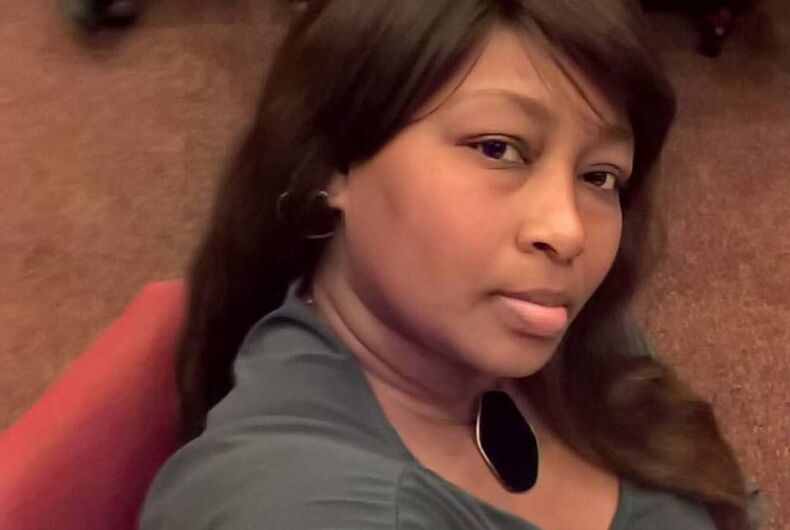 A poll worker in Texas has been charged with misdemeanor criminal assault after an alleged altercation with a black voter.

Rolanda Anthony, the voter, said that it was a flagrant attempt to suppress her vote.

Anthony showed up at the Iglesia Bautista Libre in Houston at 8 a.m. to vote yesterday.

She was told that there was an issue with her address and that she had to fill out a residency verification form. She asked what the problem was since her address in the system matched the address on her ID.

That’s when alternate election judge Juanita Barnes stepped in. According to the police report, Barnes yelled at Anthony for “breaking the law” by not updating her ID with her new address.

When Anthony said her address hadn’t changed, Barnes, who is white, responded, “Maybe if I’d worn my blackface makeup today you could comprehend what I’m saying to you.”

Edith Randle, the presiding judge at the polling place, told Barnes that she was wrong and to get out of Anthony’s way.

But Barnes started yelling at Anthony again. Anthony said that she would call the police, and Barnes “bumped” her shoulder.

“If you call the police, they’re going to take you to jail and do something to you, because I’m white,” Barnes allegedly said.

She was relieved of her duties.

At around noon, sheriff’s deputies and an investigator from the Harris County Attorney’s office came to take statements, and Barnes left.

“She had just been saying little stuff all day,” she said. “She was nitpicking all day.”

Another poll worker was left in tears, according to the police report.

A deputy investigating a disturbance this morning at the polling location located at 10399 Veterans Memorial issued a Class C misdemeanor citation for assault to a female assistant election judge who allegedly bumped a female voter during an argument. #hounews

Anthony said that the abuse was intentional to keep her from voting.

“I think her purpose was to prevent me from voting,” she said. “She did that purposely and intentionally to intimidate me, but I will not be intimidated.”

Good morning. I've just had to call the sheriff's at my voting location. I was racially profiled and disrespected, then…