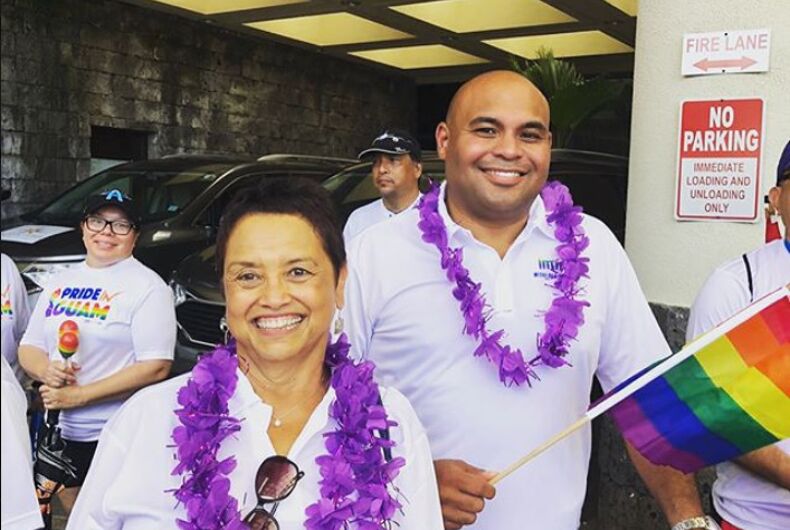 The Guam Daily Post reports that the Democrats won just over 50% of the vote. Their Republican opponents – Lt. Gov. Ray Tenorio and former Guam Senator Tony Ada – got 26% of the vote.

“Thank you from the bottom of my heart. I feel very honored that I am the governor-elect, the first female governor-elect. I think is a great honor for women,” Leon Guerrero said.

Tenorio said, “It’s an awesome, humbling experience to see all these people out here with us doing so many things for the island. There’s a lot of people who have a lot of hopes and aspirations and trust in us. Our work everyday will be to meet those expectations and give them the best possible job that we can give them.”

Guam also elected 10 women and 10 Democrats to its 15-person unicameral legislature, giving the body a super-majority of women and Democrats.

Write-in candidates took 23% of the vote. While machines did not count who these votes were for, Senator Frank Aguon Jr. mounted a write-in campaign after losing the Democratic primary to Guerrero.

In seven years, Zach Wahls went from an activist to the Iowa state Senate