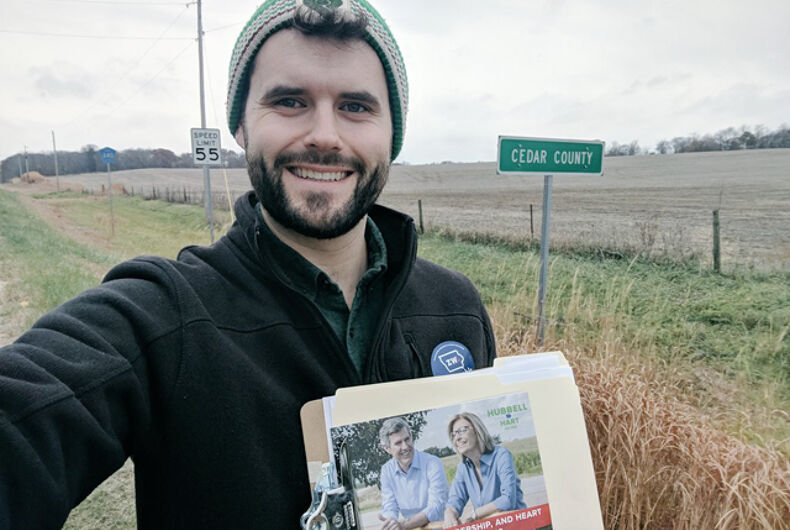 “We won. Thank you, Iowa,” Whals said on his Twitter stream shortly after the race was called in his favor.

We won. Thank you, Iowa.

At 26, he will be one of the youngest members of Iowa’s state senate. Whals will also be joining the same body he spoke to n 2011, starting his career as an activist.

Wahls was conceived by his lesbian mothers using artificial insemination, and fought to promote same-sex marriage since his high school years.

In late 2011, he also wrote the book titled “My Two Moms” that focuses on his upbringing.

Wahls plans to focus on affordable health care, including pushing back on a 2016 move by republicans that privatized Medicaid in Iowa. He also intends to work on education funding and worker’s rights.

Good news: Dems claim the House. Bad news: Trumpism is stronger than ever.