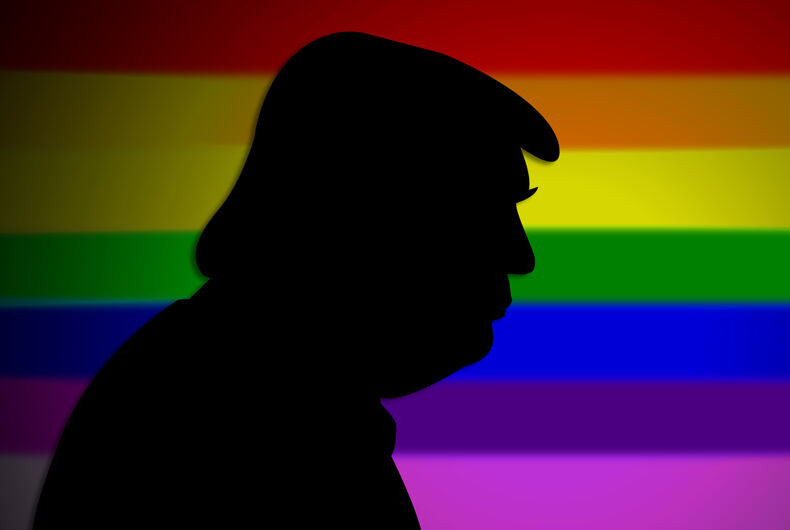 Dozens of major companies have warned the Trump administration to stop attacking transgender people. 56 corporations joined the statement to “oppose any administrative and legislative efforts to erase transgender protections.”

“Treating all people fairly, equally and with respect is the very core of IBM’s values. We believe no one should be discriminated against for being who they are,” Tia Silas, Global Chief Diversity & Inclusion Officer for IBM said in an emailed statement.

“That’s why we’re proud to stand in support of the transgender and entire LGBT+ communities, and it’s why we will continue advocating for Congress to pass the Equality Act and ensure transgender individuals are treated equally under the law.”

Related: Nancy Pelosi says that the Equality Act will be a top priority for Democrats

Read the open letter below.

We, the undersigned businesses, stand with the millions of people in America who identify as transgender, gender non-binary, or intersex, and call for all such people to be treated with the respect and dignity everyone deserves.

We oppose any administrative and legislative efforts to erase transgender protections through reinterpretation of existing laws and regulations. We also fundamentally oppose any policy or regulation that violates the privacy rights of those that identify as transgender, gender non-binary, or intersex.

In the last two decades, dozens of federal courts have affirmed the rights and identities of transgender people. Cognizant of growing medical and scientific consensus, courts have recognized that policies that force people into a binary gender definition determined by birth anatomy fail to reflect the complex realities of gender identity and human biology.

Recognizing that diversity and inclusion are good for business, and that discrimination imposes enormous productivity costs (and exerts undue burdens), hundreds of companies, including the
undersigned, have continued to expand inclusion for transgender people across corporate America. Currently more than 80 percent of the Fortune 500 have clear gender identity protections; two-thirds have transgender-inclusive healthcare coverage; hundreds have LGBTQ+ and Allies business resource groups and internal training efforts.

We call for respect and transparency in policy-making, and for equality under the law for transgender people.