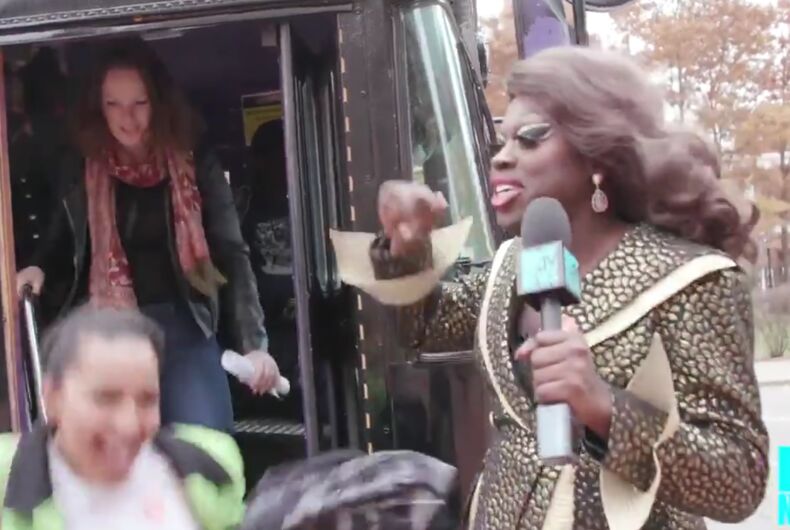 Bob the Drag Queen gets people off the bus and to the polls. Drag queens have a long history of involvement in politics.Photo: Screenshot/Twitter

Bob the Drag Queen used her celebrity power to get young people to vote yesterday.

Drag Out the Vote is a project of OutFront Minnesota. They got over 100 people to the LUSH bar in Minneapolis to meet drag queens and then bussed them to the polls for early voting.

Bob the Drag Queen, who won season 8 of RuPaul’s Drag Race, visited LUSH and asked people there why voting is important.

Related: Bob the Drag Queen is now a comic book hero who saves a Pocket Gay

After they got off the bus, Bob led the group in a chant of “This is what democracy looks like.”

#DragOutTheVote was organized by @outfrontmn in an effort to increase LGBTQ youth voter turnout in this year's midterm election. pic.twitter.com/CC3o5kAPxJ