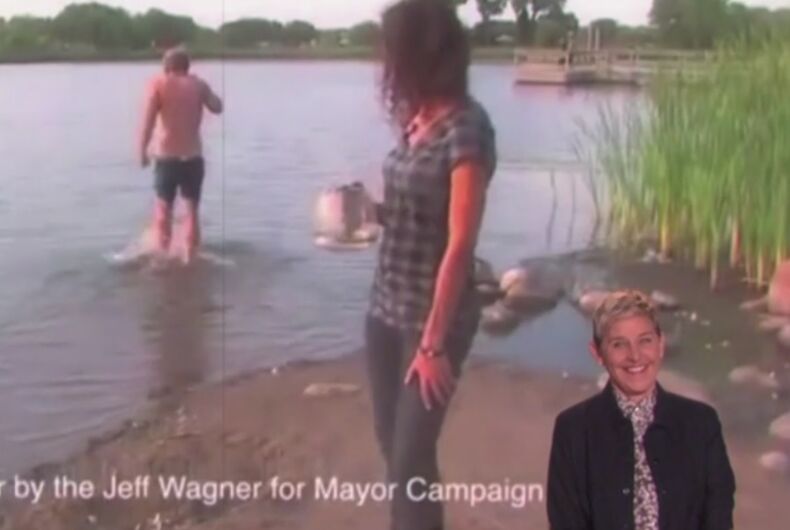 Yesterday on her show, Ellen showed some funny campaign ads to remind people to get to the polls.

One of the ads is Jeff Wagner’s 2013 ad for his campaign for mayor of Minneapolis, where he appears in his underwear, promises not to go to strip clubs anymore, and then walks into a lake.

“The metaphor is, I’m protecting the Minneapolis lakes from the sharks,” Wagner said at the time. “I look at the residents as the water, and the sharks are the corrupt others. They’re everywhere.”

The other ads include a guy who pepper sprayed himself to show that teachers don’t need guns.

The four LGBTQ incumbents in the House coasted to re-election