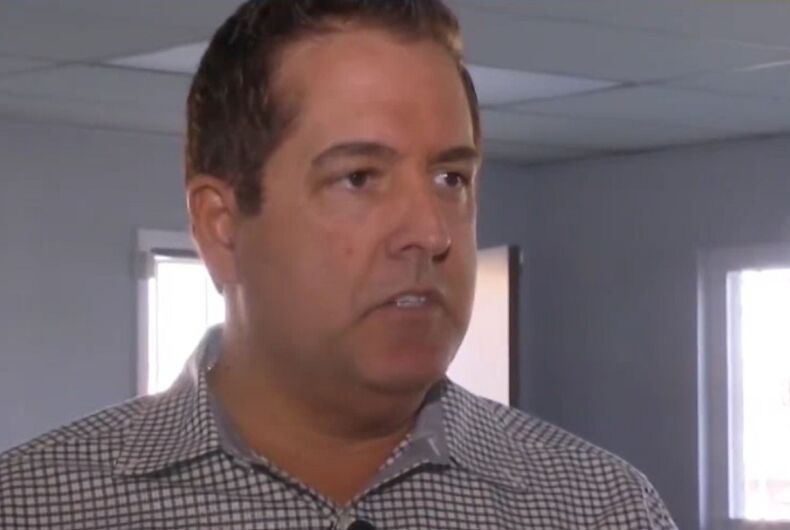 An LGBTQ-friendly church in San Diego was vandalized over the weekend, leading one church leader to wonder if he wants to continue his work.

The St. John The Evangelist Catholic Church is no stranger to hate. The church has a sign outside saying that it’s welcoming to everyone, and for years it has received hate mail.

Pastoral Associate Aaron Bianco, who is gay, even keeps a folder of the hateful messages he’s gotten on his car or in the mail. A year ago, someone slashed the tires on his car.

But homophobes went one step further this weekend and spray-painted an anti-gay slur on an office wall inside the church.

“I had to step back and kind of get my breath. Just the thought that people are so hateful today,” said Bianco.

Related: Church that painted its doors rainbow after antigay vandalism is yet hit again with slur

He says that the vandal had to break into the church, which rattles his sense of safety.

“It was probably the first time I actually thought, ‘Do I want to continue doing this?’” he said.

Bianco said that the hate messages have increased since a grand jury report in Pennsylvania was released in August detailing a history of child sex abuse in the Catholic Church. Many conservative Christians blame LGBTQ people instead of church leadership as a way of deflecting blame.

Police are investigating the incident and are looking through security camera footage to see if any captured an image of the vandal.