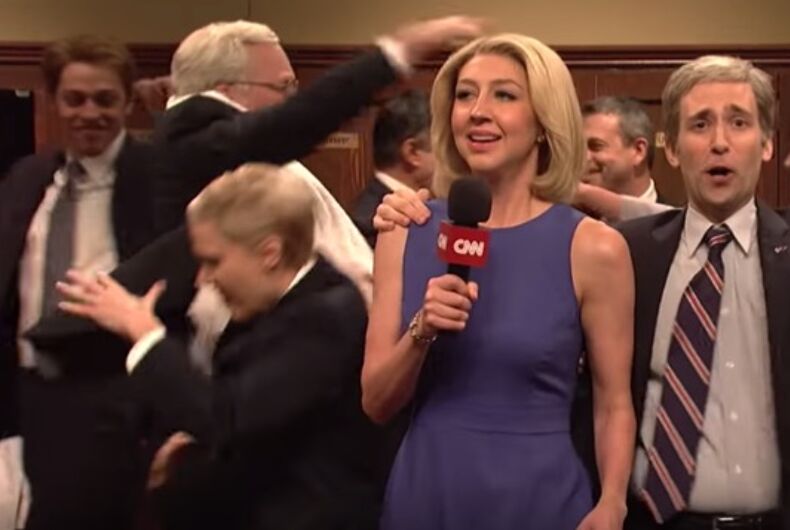 Saturday Night Live tore in the Brett Kavanaugh's nomination to the Supreme Court in their cold openPhoto: Screenshot

Saturday Night Live’s take on the hearing into the allegation of attempted rape leveled at then-Supreme Court nominee Brett Kavanaugh we pitch perfect last week. Yesterday, after his confirmation by Senate Republicans despite the allegations and the lack of support from everyone except old white men, SNL took it to the next level.

Hours after the partisan hack with drinking and anger issues was confirmed to the nation’s highest court, the show’s cold open showed Republicans celebrating their “victory.”

Even better was Cecily Strong’s portrayal of Susan Collins, who had the money quote, “The last thing I wanted was to make this about me. That’s why I told everyone to tune in at 3:00 p.m. to tell all my female supporters, psych! Listen, I think it’s important to believe women until it’s time to stop.”