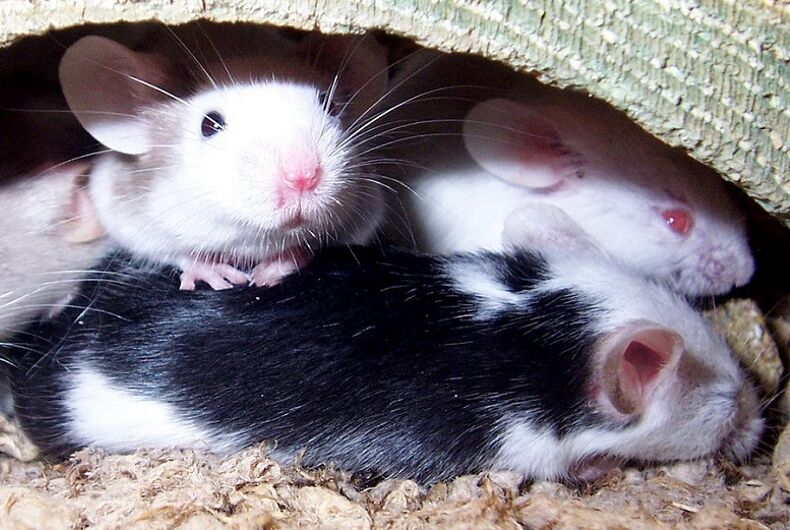 Researchers have produces mice with the genetic material of two female mice.

Researchers at the Chinese Academy of Sciences published an article today in Cell Stem Cell about their technique, which they say produced healthy children that were able to grow up and reproduce.

Qi Zhou and his fellow researchers theorized that previous attempts to create babies with two genetic mothers were hampered by a process they call “imprinting,” a molecular stamp that says which parent a certain gene comes from.

The scientists deleted several imprinted regions from embryonic stem cells and injected them into eggs from different female mice. They were able to produce 29 live mice that developed into adults.

A similar attempt to make mice with two fathers failed.

The researchers weren’t looking for a way to make human children with two mothers or two fathers, but attempting to understand why mammals always reproduce sexually, while other organisms like some reptiles and fish can reproduce by themselves or change sex to reproduce.

The technique is not automatically applicable to humans, and it make take years of research before humans can use it.