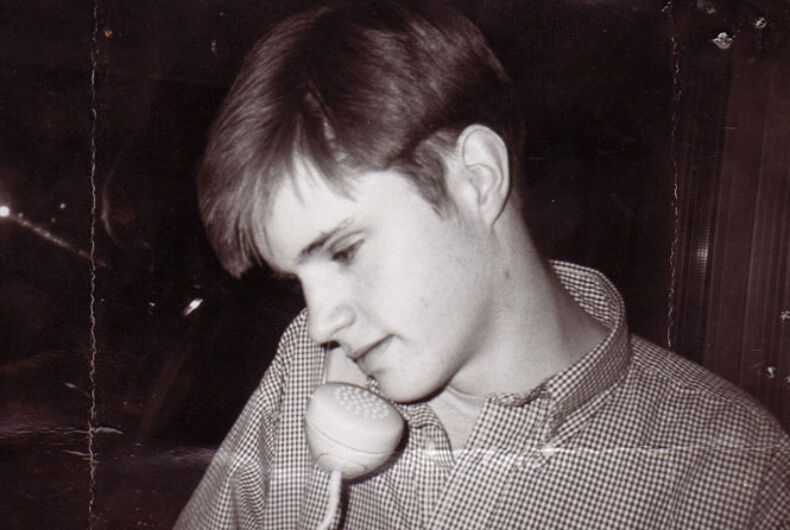 With October being LGBTQ History Month it allows the LGBTQ community to look back at historical events.  And Matthew Shepard’s murder is one of them.

Today marks twenty years since the death of Matthew Shepard. In October 1998, Shepard, then 21, was a first-year college student at University of Wyoming. Under the guise of friendship, two men (Aaron McKinney and Russell Henderson) lured Shepard from a tavern, tortured and bludgeoned him with their rifles, and then tethered him to a rough-hewn wooden fence to die – simply because he was gay.

That’s the story the world over has come to know. And, for the most part, the LGBTQ community is tenaciously sticking with it, resulting in numerous hagiographies on Shepard as the quintessential LGBTQ icon.

However, with all iconic narratives, apocryphal tales abound, too, resulting in queries concerning the truth.

In 2013 investigative journalist Stephen Jimenez, himself gay, wrote The Book of Matt: Hidden Truths About the Murder of Matthew Shepard, upending a canonized narrative we all have grown familiarly comfortable with, irrespective of its sensationalized macabre details.

Jimenez posits that Shepard’s murder had nothing to do with his sexual orientation but rather his involvement in the deadly underworld of Laramie’s crystal methamphetamine drug trafficking. Jimenez writes that Shepard was not only a user but he was a courier who had plans just before his death to drive a shipment of meth.

“I learned that Matthew had been a user of meth. And from everything I was able to trace, Matthew got into meth in a serious way, when he was living in Denver before he moved to Laramie,” Jimenez stated in an interview with Rachel Martin of Weekend Edition on NPR.

According to Jimenez  Shepard’s murderers were not strangers—one is a bisexual crystal meth addict who not only knew Matthew, but partied, bought drugs from and had sex with Matthew. With this “new” information a more textured but troubling narrative emerges.

The response, however, to Jimenez’s book was a thunderous rebuke that he became an instant media sensation as a pariah, a Judas, and a colossal sellout. The response to Jimenez’s book was such that Aaron Hicklin’s article “Have We Got Matthew Shepard All Wrong?” in The Advocate asked, “Did our need to make a symbol of Shepard blind us to a messy, complex story that is darker and more troubling than the established narrative?”

In a 2004 episode of the television newsmagazine show 20/20, investigative journalist Elizabeth Vargas also reported that money and drugs motivated Shepard killers’ actions and not homophobia. However, many immediately discredited the episode after finding out that Jimenez was its producer.

This story, nonetheless, shatters a revered icon for LGBTQ rights, one who was deliberately chosen because of his race, gender, and economic background.

“Matthew Shepard’s status as a gay everyman was determined— first by the media, then by gay-rights groups— with little knowledge of who he was. He looked like an attractive, angelic, white college student from the heart of conservative America…” Gabriel Arana wrote in her 2009 piece “The Deification of Matthew Shepard: What the gay-rights movement has lost by making Shepard its icon.”

The anointing of Matthew Shepard as an iconic image for LGBTQ rights not only concealed from the American public the real person but also it hid the other varied faces of hate crimes in 1998.

For example, that of James Byrd, Jr. who died after lynching-by-dragging.

Walking home from a party along a highway in  East Texas, Byrd was offered a ride. The ride resulted in being dragged by his ankles to his death— simply because he was black.

In reading Jimenez’s book we shockingly learn that Matthew Shepard is a fictive narrative. Some, however, would empathically argue it’s a good one to politically canonized in order to push for needed legislative changes in the protection and understanding of LGBTQ Americans.

Not bad, some would say, for a story possibly built on more fiction than truth.

The cultural currency of the Shepard narrative’s shelf life, however, might now after nearly two decades be flickering out.  Or, in 2018, it’s now of no immediate political expediency to its framers and the community it was intended to serve.

“There are valuable reasons for telling certain stories in a certain way at pivotal times, but that doesn’t mean we have to hold on to them once they’ve outlived their usefulness,” Hicklin wrote.

I read Jimenez’s book as a cautionary tale of how the needs of a community might have trumped the truth. In retrospect, crystal meth was popular in urban gay clubs and in small-towns America like Laramie. Homophobia, unquestionably, played a role in Shepard’s death, but drugs might have too.

This year will be the twentieth anniversary of Shepard’s death. Perhaps, we should revisit the story anew. It won’t diminish the horror of his murder or the impact his death had on America to know the truth.