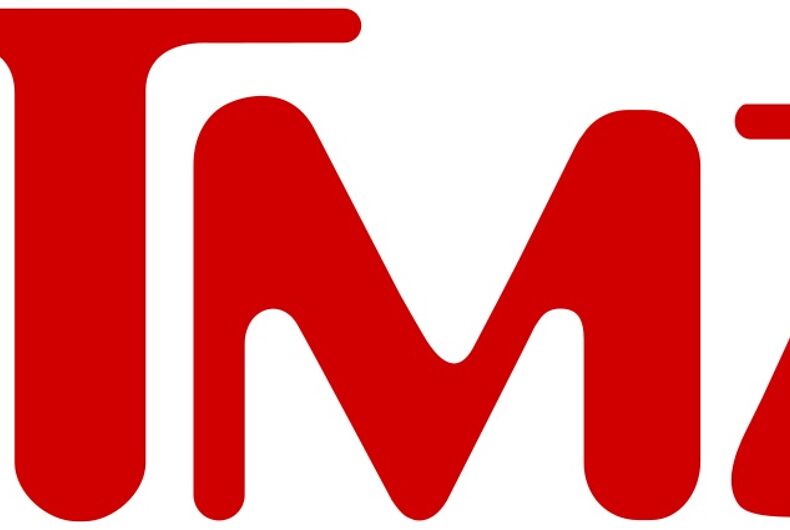 With his outsized character, sexual proclivities and financial scandals, Donald Trump is tailor made for gossip. In fact, no one knows that better than Trump himself. On the grounds that no publicity is bad publicity, Trump not only started courting tabloid publications in the 1980s, but from time to time actually masqueraded as his own publicist.

But one of the more bizarre phenomenon to come out of the Trump era has been how two major gossip outlets—the National Enquirer and TMZ—not only have enjoyed a close working relationship with the president but actually served as propaganda outlets for him.

They are, in essence, Fox News with more sex.

That’s especially surprising in the case of TMZ, since its founder, Harry Levin, is gay. But Levin has been one of Trump’s biggest boosters, running story after story in support of the president.

When the damning Access Hollywood tape surfaced, in which Trump boasted of sexual assault, the site went into overdrive—to defend Trump. Instead of focusing on the admission, TMZ ran “exclusives,” including one how Bill Clinton disparaged women while golfing with Trump.

Levin personally called an airline in an effort to discredit a woman who had claimed Trump had  groped her on a flight in the 1970s. “Harvey made it a mission for days to discredit her,” a former staffer told the Daily Beast. In September 2016, Levin even personally interviewed Trump for a Fox News special.

Levin’s courtship of Trump certainly paid off in terms of access. Levin spent an hour huddling in the Oval Office with Trump in March 2017. The two “were discussing future opportunities,” according to a White House spokeswoman.

But now the love affair has curdled, at least on Levin’s part. The breaking point: Trump’s ban on transgender military personnel.

According to Bloomberg Businessweek, a TMZ insider said that Levin was furious about the ban and that the two haven’t spoken in months. Suddenly, staffers said, Trump became fair game.

Now the coverage of Trump is decidedly less flattering.

When Trump spoke to the UN last week, TMZ proclaimed “UN AMBASSADORS LOL IN HIS FACE” and complained that the $2.5 million price tag for related events meant the “Last Laugh’s on the U.S.” The site regularly features celebrities complaining about Trump, but characterized Kanye West’s Saturday Night Live defense of Trump as a “rant.”

After Trump attacked basketball player LeBron James last month, TMZ ripped Trump a new one. “Trump, who bumbles through speeches and brags how he is unprepared, is clearly continuing his campaign of hatred and prejudice,” the site said in one post, characterizing Trump as “the most vile President ever to hold office.”

Levin has personally attacked Trump as well. During the controversy about James, Levin tweeted about the president “He’s got to go!”

Of course, it’s not as if Levin was blindsided. Trump is being who he’s always been.

He surrounded himself with the most anti-LGBTQ cabinet ever. His attack on James was hardly his first racist dogwhistle; Trump began his administration with a ban on Muslims and had kind words to say about white supremacist marchers in Charlottesville.

Whatever is behind Levin’s change of heart, it’s damaging to Trump. For someone who lives for positive coverage, to have a site with 53 million visitors turn against you is bound to hurt–especially when it was one of the sites that helped you become president in the first place.

12 things every gay & bisexual man should know about prostate cancer

Do you know the history behind LGBT History Month?