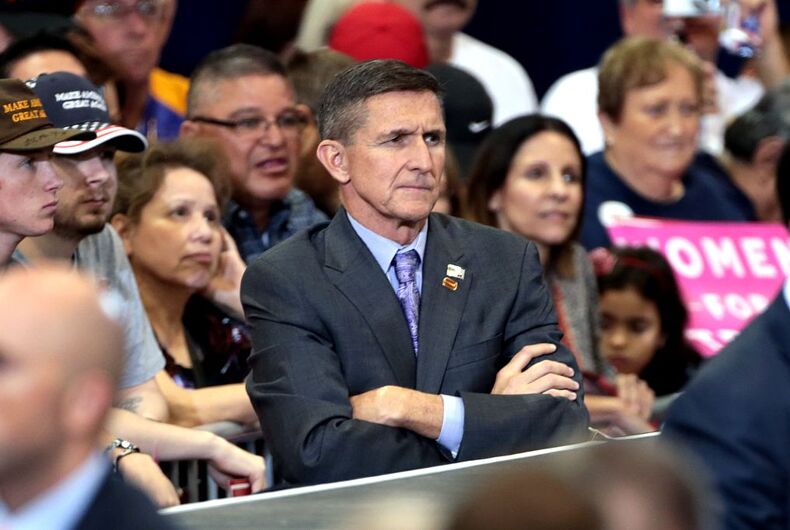 What does Donald Trump mean when he argues for “extreme vetting” of visitors and refugees to the United States?

Trump’s executive order stops admittance of all refugees into the country for 120 days and halts all citizens from seven majority-Muslim countries from entering the U.S. for three months. He said he will enact new screening policies, which he calls “extreme vetting,” of all incoming visitors and immigrants.

But what he mean by “extreme vetting”? In his own words he argued:

Trump said that all people from his targeted seven predominantly Muslim countries who want to come to the U.S. will now have to undergo face-to-face interviews and must fill out a questionnaire to determine if they accept and support our values (whatever that means). He gave no further details.

Does Donald not know that U.S. officials have already instituted extraordinarily rigid screening procedures for foreign nationals desiring to immigrate here, as well as a complicated and extensive visa application process? In fact, the U.S. has some of the tightest travel and immigration procedures in the world.

In defending his “extreme vetting” executive order, the President stated his reasoning, saying “I will never forget that my responsibility is to keep you — the American people — safe and free.”

And this is as it should be for President Trump and, indeed, for any president of the United States. We should all be grateful that the president understands this important responsibility. But it seems that he is going about it in the wrong way derived from erroneous information by his advisors.

Rather than continuing to promote this ill-conceived executive order, Trump needs to turn his attention and energy toward extremely vetting, first, his cabinet and other high-level choices, since many of them turned in their ethics paperwork late, have apparent conflicts of interest, and have insufficient experience for the offices they are to fill.

To name only a few of many, Trump’s pick for national security advisor, retired Army Lt. General Mike Flynn, in a 2010 military tribunal was convicted of having “inappropriately shared” classified information with foreign governments and, during the presidential campaign, circulated false conspiracy theories. This weekend he was charged with breaking protocol and lying about it by negotiating with Russian government official on possible sanctions relief before Trump took office. He resigned his office late last night after the State Department told the press they had warned the White House of Flynn’s activities before he was appointed.

Trump nominated highly controversial billionaire Betsy DeVos to head the Department of Education, who has in the past advocated for a voucher system that would divert funding from public schools to private and parochial schools and give greater emphasis to for-profit charter schools. Recently, she has been charged with plagiarism. At her Senate confirmation hearings, she was roundly criticized for her lack of even basic knowledge on teaching and pedagogical issues.

Former Texas Governor and failed presidential candidate in 2012 Rick Perry, as Trump’s choice to lead the Department of Energy, admitted that he was unaware of the functions of the very department he said he wanted to eliminate in his notorious “oops” Republican primary debate moment.

Ben Carson initially turned down Trump’s offer to serve as Secretary of the Department of Housing and Urban Development admitting that he had no experience in this area, but eventually accepted the post.

Questions still swirl around Trump’s pick of Representative Tom Price as Health and Human Services Secretary over potential conflicts of interest, past and present, with his investments in pharmaceutical companies, medical devices, and health insurance companies, which donated directly to his campaign.

Moving on, if President Trump wants to keep “the American people safe and free,” he will seriously consider scrapping the Affordable Health Care Law and replacing it, with the aid of the Congress, with a single-payer health care system like that of our Canadian neighbors to the north, who pay less and live longer.

If Trump is actually concerned about keeping “the American people safe and free,” he needs to stop cozying up to Wayne LaPierre and other officials of the National Rifle Association, and push for extreme vetting provided by increased gun safety regulations in the purchasing and use of firearms.

According to the U.S. Centers for Disease Control and Prevention, gun-related violence has skyrocketed by snuffing out the lives of upwards of 30,000 people and wounding many more annually. Approximately 11,000 of these deaths are a result of murder, while the remainder include suicides and accidents. Many of the guns used in these killings reach military grade weapons power, guns which currently remain legal.

If the President wants to keep “the American people safe and free,” he will commit to extreme vetting of Vladimir Putin regarding any possible hacking of the Democratic and Republican National Committees, and involvement in our electoral system, in addition to his authoritarianism involving acts of intimidation, murder, and violation of civil rights of the Russian people and territorial rights of people in other nations.

If the President wants to keep “the American people safe and free,” he will reject any executive and legislative actions addressing so-called “religious freedom” policies, which allow people to discriminate based on their “religious beliefs.”

If he wants to keep “the American people safe and free,” he will oppose any limitations against women maintaining their rights to control of their own bodies.

If he wants to keep “the American people safe and free,” he will oppose the Dakota Access and Keystone Pipelines and push Congress to invest substantially more in clean renewable energy sources.

If he wants to keep “the American people safe and free,” he will appoint a fully qualified and well-respected person committed to ensuring equality, safety, and freedom of we the people as Director of the Civil Rights Division in the Department of Justice, since Trump’s pick of Sessions to lead the Department of Justice as Attorney General has been such a disappointment, at best, for those of us who value the protection of everyone’s civil and human rights.

If Trump wants to keep “the American people safe and free,” he will push for a national law banning discrimination against trans people and permitting use of the public facilities that most closely align to their gender identities.

In addition, he will cease rounding up undocumented residents who are in the United States to seek a better life for themselves and their families, and he will provide them a reasonable path to citizenship so they can safely and freely come out of the shadows.

And Donald Trump will provide the American people with the tools by which we can extremely vet him by finally releasing his financial and tax documents.

The President can do much more, but if the President wants to set a very basic agenda for his first 100 days in office, he can consider the points outlined above, at the very least, as a way of keeping “the American people safe and free.” After that, we the people will assist him in adding other forms of extreme vetting when directed toward appropriate areas of investigation.

Can you name the place with the highest percentage of LGBTQ people in America?