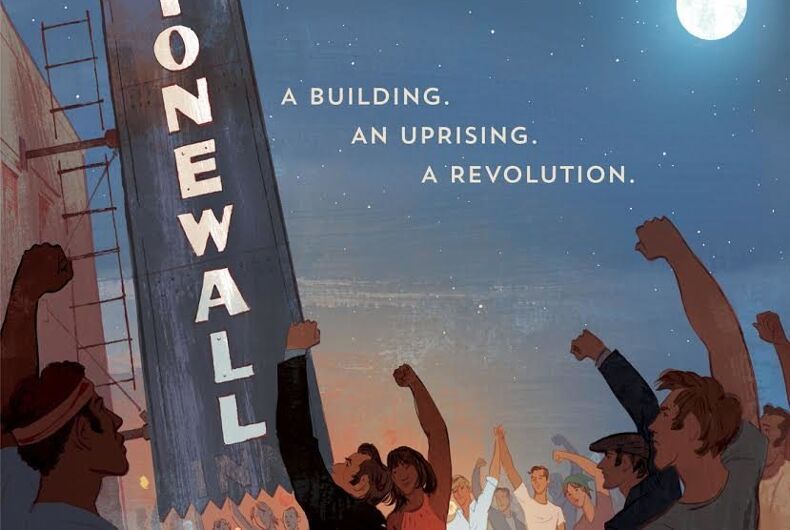 A new picture book about the Stonewall riots is set to hit bookstores in April, 2019.

Stonewall: A Building. An Uprising. A Revolution. by Rob Sanders will commemorate the 50th anniversary of Stonewall. It will have illustrations by Jeremy Christoph.

“I was 10 years old when the Stonewall uprising occurred,” Sanders said. “Men and women hundreds of miles away from my home in Springfield, Missouri, were standing up and fighting for my rights — fighting to allow me to be who I wouldn’t know I was for years to come.”

The book will tell the story of the riots from the point of view of the Stonewall Inn itself.

This isn’t the first picture book about the LGBTQ movement that Sanders has written. Earlier this year, his Pride: The Story of Harvey Milk and the Rainbow Flag was released.