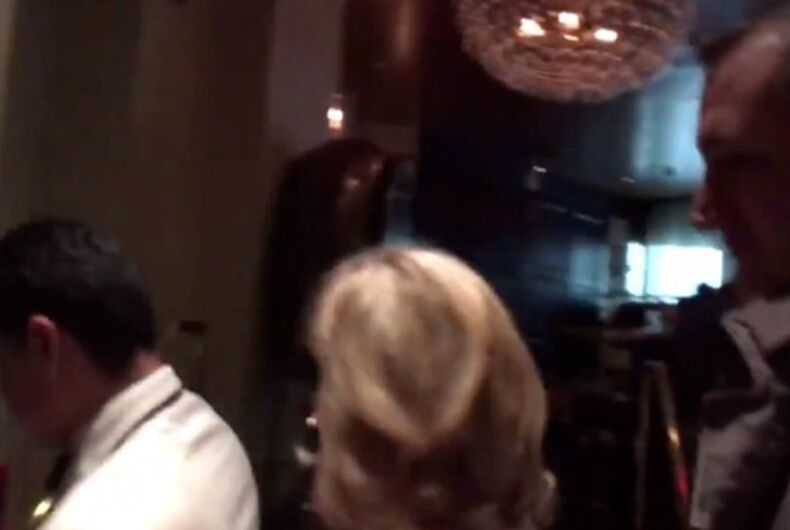 Ted Cruz was heckled out of the posh DC restaurant Fiola on Sept 24, 2018.Photo: Twitter

Poor Ted Cruz. Not only do his constituents find him “unlikeable,” so do DC residents.

Cruz was heckled at Fiola, a fancy restaurant in the nation’s capital, last night and fled the eatery as sexual assault survivors and activists continuously asked why he was supporting Brett Kavanaugh’s nomination to the Supreme Court.

Kavanaugh has been accused of sexual misconduct and attempted rape by four women.

One woman who said she is his constituent, pointedly asks how Cruz would vote on the confirmation and asks if he “believes survivors.”

A shopkeeper kicked this gay man to death. Police arrested the victim right before he died.

In the sweetest way possible, a local community honors a 9-year-old gay student who died by suicide