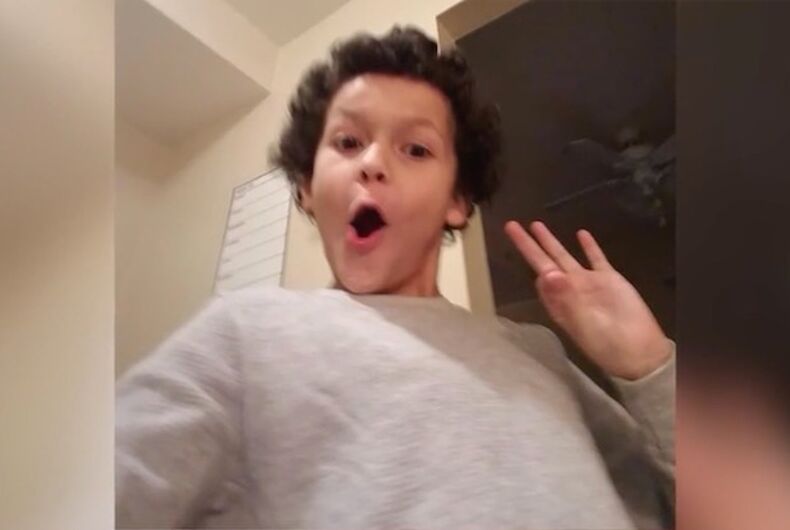 Jamel Myles was 9 when he came out at school. He died by suicide after his mother said that he was bullied at school.Photo: Facebook

A restaurant in Denver held a fashion show to raise funds for the family of Jamel Myles, the 9-year-old boy who died by suicide following anti-gay bullying at school. Jamel died late last month after he told his mother that he came out at school.

“He went to school and said he was gonna tell people he’s gay because he’s proud of himself,” said Leia Pierce, Jamel’s mother.

He was bullied for his first four days at school. One student told him to kill himself.

And, several days into the school year, he did.

“If it wasn’t for bullying, a lot of suicides wouldn’t happen,” Pierce said.

Related: Yes, a 9-year-old can know they are gay

A local restaurant, The Goods, held a fundraiser in his memory, with a portion of the revenue going to an organization Pierce wants to start to fight bullying.

“He loved to dress himself,” Pierce said. “He didn’t care. He felt comfortable in it. He was himself, so, I was proud of him.”

The fashion show was held this past Saturday. Hosted by a drag queen, the event raised over a thousand dollars for Jamel’s family.

The money is “going to be used for what my son wanted to do, and that is to help people, to touch hearts, to spread love and kindness,” Pierce said.

We are so excited! If you missed the last Fashion Show Fundraiser at The Goods, you won’t want to miss this one!…