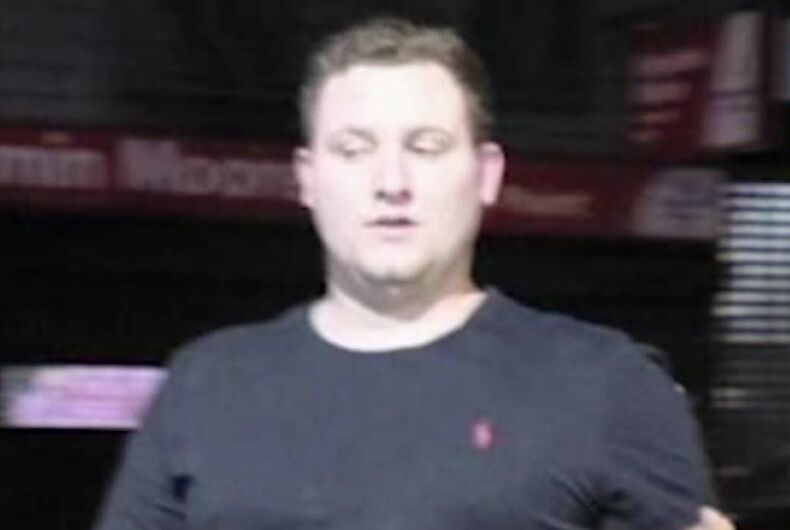 Police are searching for a man they believe viciously beat two gay men in Brooklyn this weekend.

He is accused of approaching two gay men late Saturday night as they were leaving a gay bar in Williamsburg.

The attacker made anti-gay comments and then attacked, punching the 34-year-old victim in the face and throwing the 29-year-old victim against a tree. They were knocked unconscious.

The victims were taken to a hospital. One was left with a broken shoulder, and the other a broken finger.

Related: The Stonewall Inn’s iconic window was smashed by a straight teenager

A bystander got a picture of the alleged attacker as he was leaving. Police have not made any arrests and are hoping that someone can provide the identity of the man in the photo.

Why is Superman bashing LGBTQ people at a hate group gathering if he supports our rights?