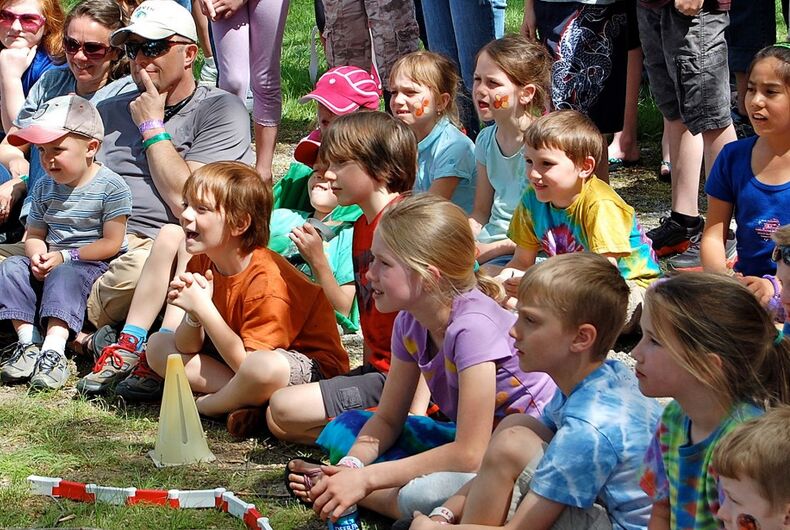 1% of 9- and 10-year-olds say that they may be gay, bisexual, or transgender, according to a new study published in JAMA Pediatrics.

San Diego State University researchers Jerel Calzo and Aaron Blashill used data from the Adolescent Brain Cognitive Development (ABCD) Study, an initiative by the National Institute of Health that recruited 7500 children at ages 9-10 and will follow them into young adulthood.

Data from the first 4519 participants was released earlier this year.

The numbers for “yes” and “maybe” were added since researchers said both show “probable minority [sexual orientation/gender identity] identity,” and 1.26% were found to be gay, bi, or transgender.

Related: Yes, a 9-year-old can know they are gay

“This is such an important stage, biologically and socially. At 9 and 10, youth — whether through their peers, media or parents — are beginning to be exposed to more information about relationships and interacting in the world. Even about sex,” said Calzo. “They may not see any of this as sexual, but they are beginning to experience strong feelings.”

Parents were also surveyed as part of the study, and 6.7% said that their 9- or 10-year-old child is “maybe” gay or bi, and another 1.2% answered “maybe” when it comes to their child being transgender.

“For so long, social scientists have assumed that there is no point in asking kids at this age about their sexual orientation, believing they do not have the cognitive ability to understand,” Blashill said. “This is the first study to actually ask children about their sexual orientation this young. It is important to have a baseline to understand how sexuality develops and how it may change over time.”

While previous research has shown that people develop “stable and memorable attraction toward others” by age 10, LGBTQ identity usually forms later, in mid-adolescence.

Participants were also asked about “problems at home or school related to their minority sexual orientation or gender identity,” and almost no children said that they had any.

Calvo said that the data can be used to help fight homophobia and transphobia.

“If we can understand identity development earlier and can track development using large datasets, we can begin improving research and prevention around risk and protective factors,” Calzo said.

This student needs 6 credits to graduate, but his school won’t let him because he’s gay