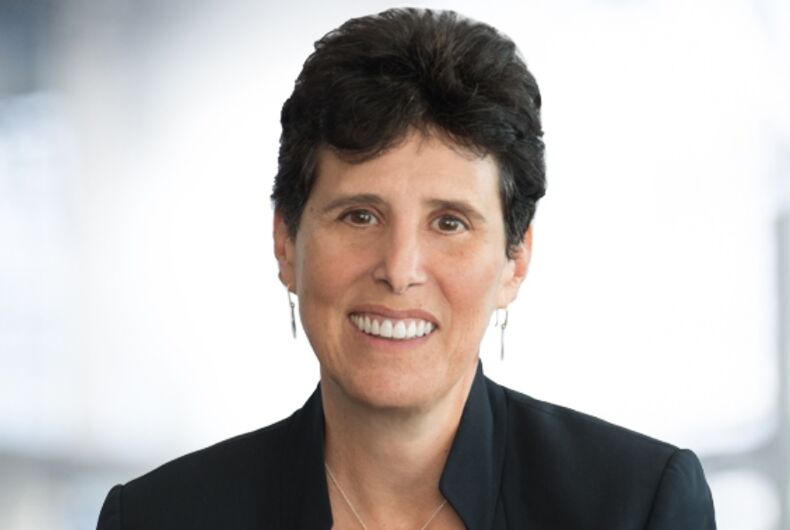 All eyes today were on Christine Blasey Ford as she testified before the Senate about how Supreme Court nominee Brett Kavanaugh sexually assaulted her when she was 15-years-old and he was 17.

And one of the people who made that happen is Debra Katz, a civil rights attorney, one of the “most feared” lawyers in D.C., and “the consummate lawyer for the #MeToo movement,” according to the Washington Post.

People who have worked with Katz describe her as “battle tested” and say that she meticulously chooses her clients.

And her clients tend to be high-profile whistle-blowers and victims of sexual harassment and assault. Katz is representing Chloe Caras, a former employee of celebrity chef Mike Isabella’s restaurant empire who was fired after she said she experienced months of sexual harassment.

She is also representing Irwin Reiter, a Weinstein Co. executive who spoke out against what he called the serial “mistreatment of women” at his workplace. Katz also represented one of the women who accused New York Attorney General Eric Schneiderman of physical abuse.

Katz has worked on LGBTQ cases as well. In 2009, she represented a Justice Department employee who was allegedly fired by the Bush Administration because of lesbian rumors.

Katz is also vocal in the political arena. In 2016, she co-wrote a piece for Ms. entitled “Not OK” about the infamous Access Hollywood tape in which Donald Trump bragged about sexually assaulting women. She wrote that Trump’s behavior was “enabled by legal and cultural forces that push women’s experience of harassment into the shadows.”

“The women who have come forward are a reminder that speaking truth to power is its own power, despite the costs.”

She has also given money to Democratic candidates, according to the FEC.

Now Katz is representing Ford, who said it was her “civic duty” to tell America about what a Kavanaugh did to her 35 years ago, before he gets a lifetime appointment to the Supreme Court.

Marcia Greenberger said that her commitment to helping women tell their stories was informed by how the Senate treated Anita Hill, a woman who accused Clarence Thomas of sexual harassment when he was nominated to the Supreme Court.

Today, Katz is helping her client, who was forced to leave her home after receiving death threats and being harassed.

She appeared on the Today show last week and said, “No one in their right mind, regardless of their motive, would want to inject themselves into this process and face the kind of annihilation that she will be subjected to by those who want this nominee to go through.”

Katz herself has become the target of the internet conspiracy theories, including a false claim that she’s an operative for Hillary Clinton.

Even though rape victims face intense scrutiny if they speak out against powerful people – and even though Senate Republicans want to get Kavanaugh confirmed with as little noise as possible – Katz was able to negotiate a chance for her client to testify before the Senate.

One of her colleagues told the Washington post that Katz has “nerves of steel.” That’s a good thing for America.

Can this progressive woman unseat one of Indiana’s most conservative state representatives?

His priest molested him as a kid. The Bishop told him to ask for forgiveness when he reported it.