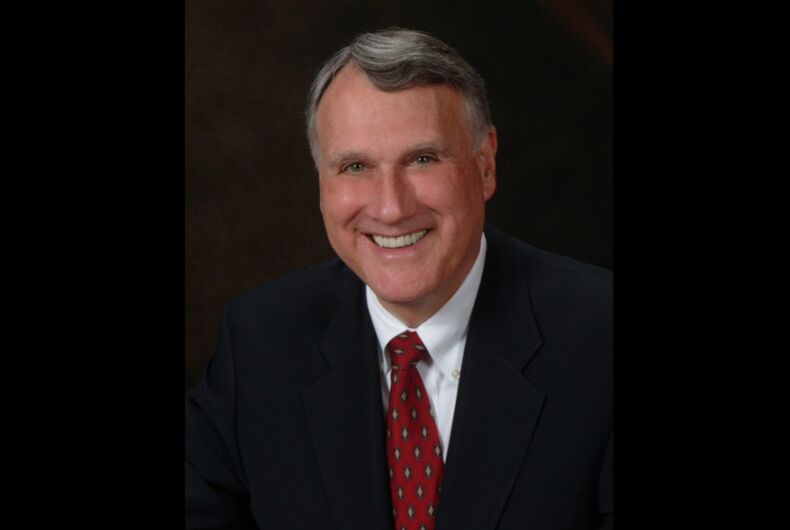 Senate hearings on Trump’s nominee for the US Supreme Court, conservative judge Brett Kavanaugh, started today despite loud ongoing opposition from Democrats who want Kavanaugh’s records available for examination before voting on his nomination.

Kyl has been guiding Kavanaugh through the confirmation process and, if seated in the Senate quickly, could be able to vote in favor of the nomination himself.

The former senator has a history of voting against LGBT rights. He co-sponsored a constitutional amendment to ban same-sex marriages nationwide, voted for the Defense of Marriage Act that was overturned by the Supreme Court, and repeatedly voted against adding sexual orientation to hate crime laws.

As a Senator, Kyl voted against the nomination of Justice Elena Kagan because she didn’t support the now-overturned “Don’t Ask Don’t Tell” policy that prevented gays and lesbians from serving in the military, saying it was “bad policy.” During her confirmation hearing, she also refused to say she opposed marriage equality.

While Kavanaugh’s record on LGBTQ rights is “sparce” thanks to the administration’s refusal to turn over documents, he was instrumental in the Bush-era decision making to use marriage equality as a campaign wedge issue.

Related: Brett Kavanaugh’s record shows he may be a fierce opponent to LGBTQ rights

Cindy McCain praised Kyl’s selection, saying he was a friend of her family. John McCain and Kyl served in the Senate at the same time.

“It’s a great tribute to John that he is prepared to go back into public service to help the state of Arizona,” she said.