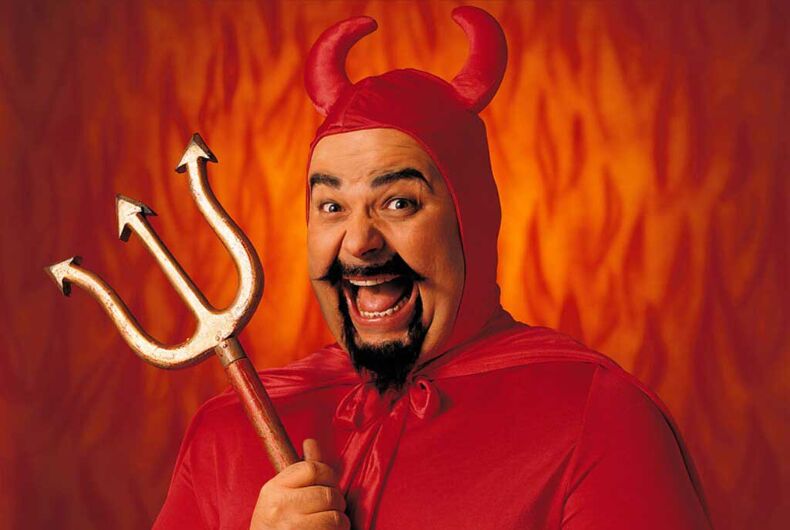 There’s a reason why the American Family Association has been designated a Christian hate group by the Southern Poverty Law Center. And one of the best examples is their unofficial spokesman, Bryan Fischer.

Fischer has an online show and regularly uses outrageous claims and hate speech to advance the group’s far right agenda. But this week, he’s let loose with one heckuva doozy.

He claims that opposition to President Donald Trump’s Supreme Court nominee, Brett Kavanaugh, is being driven by “Satan and the demons of hell.” Kavanaugh has been accused of sexual assault by four women.

Related: Brett Kavanaugh’s character witness is quite the creepy character

The AFA and other religious right groups have made Kavanaugh’s confirmation a top priority. Similar to their nonstop support for Trump and former Senate candidate Roy Moore, the groups have abandoned all pretense that a godly character is as important as political advantage. Both Trump and Moore have also been accused of sexual misconduct by numerous women.

The group has also been sending out nonstop emails to supporters touting Kavanaugh.

“This is major league spiritual warfare. This is Satan and the demons of hell coming against one man because he stands for what is right and stands for what is true,” Fischer said on his show. “And all the forces of hell are arranged against him and we, ladies and gentlemen, have to stand in the gap for Brett Kavanaugh. There is a prize here, and that’s the placement of Brett Kavanaugh on the Supreme Court. That is what Satan does not want to see happen.”

“He’s using every trick that he has in his arsenal to fight that, to keep that from happening. That is his holy grail right now, to stop Brett Kavanaugh from being seated on the Supreme Court because Brett Kavanaugh represents such a threat to his agenda: to use the Supreme Court to advance a regressive, backwards, anti-biblical, anti-Christian, anti-American point of view.”

“He’s had control of the Supreme Court now in every meaningful way since the 1960s, he’s not going to let go of that without a fight,” Fischer added. “Evil is pouring through this gap, targeted at Brett Kavanaugh; we’re there to stand in the gap and provide a wall of protection in the spirit for the demonic forces that are coming after him.”

A church responds with love to anti-gay vandalism