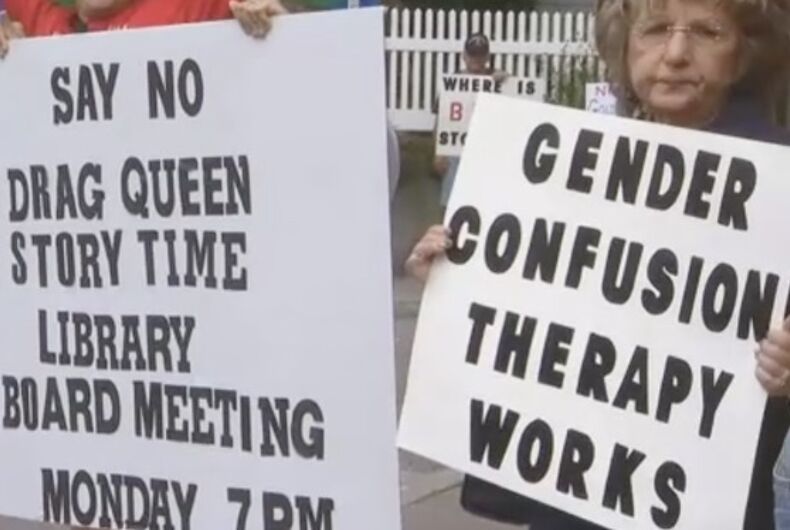 Waving signs like “Honk to oppose drag queen story hour” and “gender confusion therapy works,” the group of evangelical Christians did their best to scare children who came to hear a story and do some arts and crafts.

“It’ll teach them that they can be who they want to be,” parent Owain Morgan told News 12 Long Island. “They can be different. A little bit of glitter never hurt anyone.”

“I don’t think we should push this ideology and statements to a 4-year-old,” Pastor Julio Carrion told the station. “But if they want to continue the conversation with an adult, I’m here now.”

But Roland Hoffman had a different take on who’s being an adult.

“If they don’t want their children to be read to by a character—not even a transgender woman—by a drag queen which is a character, like Spiderman, then go away,” they said.

The library, however, said the event was a success and they plan to bring the drag queen, Harmonica Sunbeam, back for more storytime with the kids.

Adults have talked nonstop about Bert & Ernie’s sexual orientation, but what do kids think?