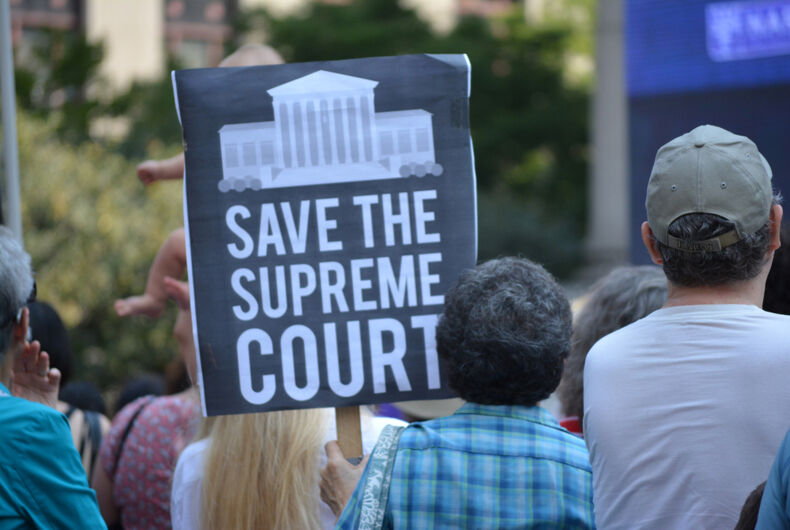 A new Marist poll found that 54% of Republicans believe that Brett Kavanaugh should be confirmed to the Supreme Court even if the allegations against him are true.

The poll asked respondents only about Christine Blasey Ford’s accusation that Kavanaugh tried to rape her, since the poll was conducted before other allegations came out.

While Republicans’ public response to the sexual assault allegations has generally been to deny that they’re true, it turns out that a majority don’t think that they would be disqualifying even if they were true. 32% thought that he should not be confirmed if he did try to rape Ford.

Only 12% of Democrats believed that he should be confirmed if the allegations are true.

White evangelicals also favored putting Kavanaugh on the Supreme Court by a margin of 48-36 even if he did try to rape a 15-year-old.

The poll may explain why Republicans are quick to paint the accusations as an attempt to stall Kavanaugh’s confirmation or to hurt his reputation, and are attempting to get him confirmed without a full investigation of the allegations.

If Republicans simply believed that they were false but serious, then they would want to clear his name before confirming him. But since they don’t think that the accusations matter – and they assume that no one else really thinks they matter – they believe that they’re nothing more than a political tactic to keep Kavanaugh off the Supreme Court.

“They couldn’t find anything else in his record and so this is just an attempt to smear him and to smear his name and put a black dot on it,” he said.

“There’s a lot of things that I’ve done when I was a teenager that I certainly am ashamed of and not proud of,” he continued. “People are up in arms over this like ‘oh, this is such a disaster.’ You’re talking about two teenagers forty years ago. That has nothing to do with what we’re talking about today about this man being a judge on the Supreme Court.”