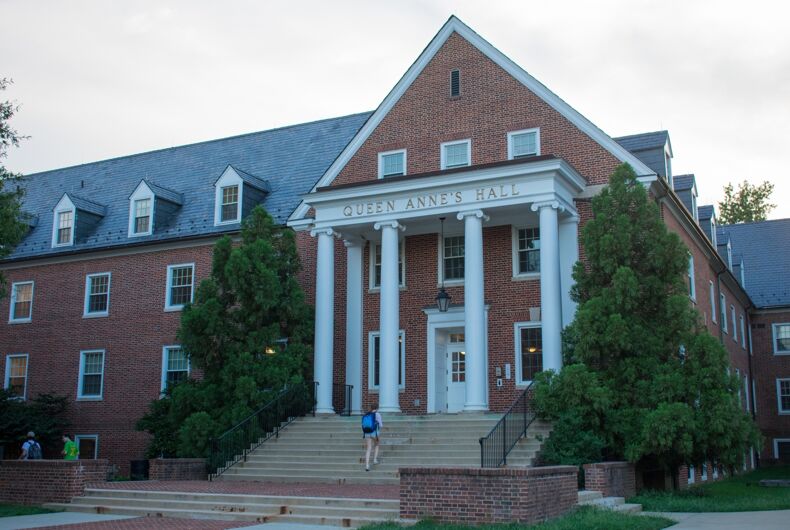 “On Sept. 2 at 3:40 p.m., a student reported to police that someone had written anti-LGBTQ comments on whiteboards in Queen Anne’s Hall,” police spokesperson Sgt. Rosanne Hoaas wrote in an email to reporters at the college newspaper, the Diamondback.

“Later that day, at 8:07 p.m., University Police also responded to La Plata Hall for a swastika that had been drawn onto a whiteboard between 8 a.m. and 4 p.m.,” Hoaas wrote.

The newspaper reported that cameras in the area were under review and that the card swipe access system was also being investigated.

Shige Sakurai is the acting director of the College Park campus’ LGBT Equality Center. Sakurai told the Washington Blade the Center will have an event on Thursday “so that students and others would have a place to come and decompress and get support if they feel affected by this.”

“Suffice it to say that as an LGBT Center, we’re very concerned and want to make sure that we have supports out to our communities and that people can come together and prevent these kinds of situations from happening in the future,” Sakurai said.

Student journalist Jermaine Rowley reported in the Diamondback that the College Park campus follows last school year’s string of hate bias incidents, “15 of which were later verified by the university’s administration.”

The same newspaper also reported that a former university employee was charged last October for “malicious destruction of property.” There was a swastika spray-painted on a campus trash cart in that hate bias incident.

In January, another former university employee was found guilty of “racially charged” writings that were located in a North Campus Dining Hall bathroom.

Ellen asks Cher: ‘Have you slept with a girl?’