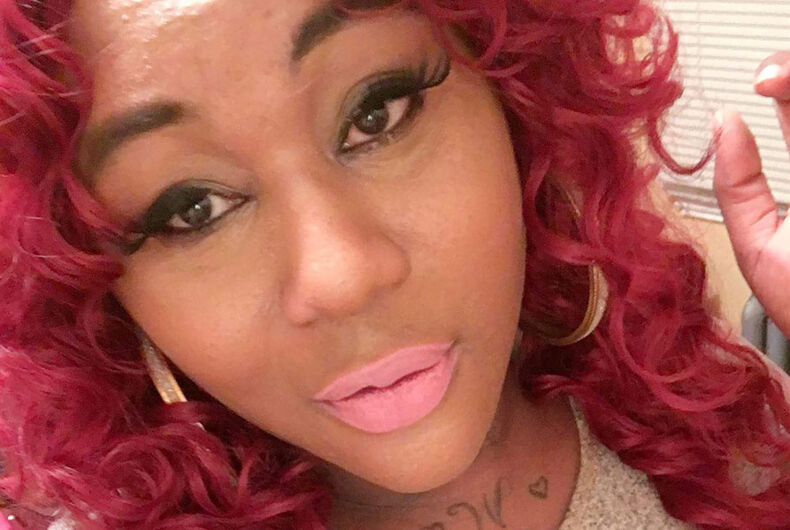 Shantee Tucker is believed to be the 19th transgender person killed in the U.S. in 2018.

Tucker, who had just celebrated her 30th birthday, was shot in the back in Philadelphia while reportedly traveling with other individuals in a black Ford pickup truck.

Although authorities arrived on the scene around 1:05 a.m. local time and transported Tucker to Temple University Hospital, she was pronounced dead. The shooting occurred, according to the police report, at 4300 Old York Road.

Philly Magazine reported that close friends confirmed Tucker’s death via social media post, like the ones below.

The National Coalition of Anti-Violence Programs (NCAVP) revealed in a recent report that 2017 was the deadliest year on record for the community – with most of the victims being under the age of 35. Of those victims, transgender women were the majority.

This candidate said she supports LGBTQ rights. Then she told Chinese media the opposite.