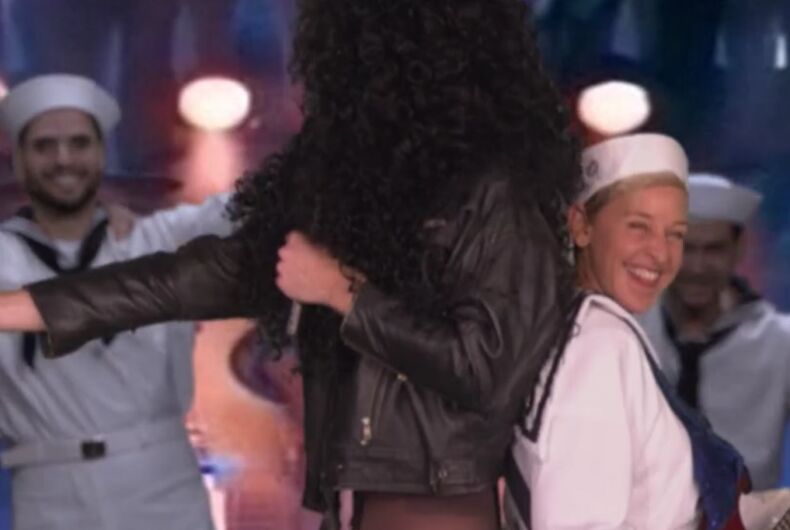 Cher is on Ellen’s show today, and the two icons had a lot of fun with pranks, games, and jokes.

First, they went to a hair salon and gave the stylists some time off. Oddly, the customers seemed happy to let a comedian do their hair.

Ellen tried a little “girl talk,” which to her meant asking both the clients and Cher if they had ever slept with a girl.

They left the salon, and it doesn’t look like they did any permanent damage to anyone’s hair.

Related: Cher’s new single is here & everyone has lost their minds over it

Them Ellen put herself in Cher’s legendary “If I Could Turn Back Time” video as one of the sailors cheering her on.

At one point, they were going to play “5 Second Rule,” but they got distracted and started singing together.

Cannabis or cocktails – Which is better for your health?