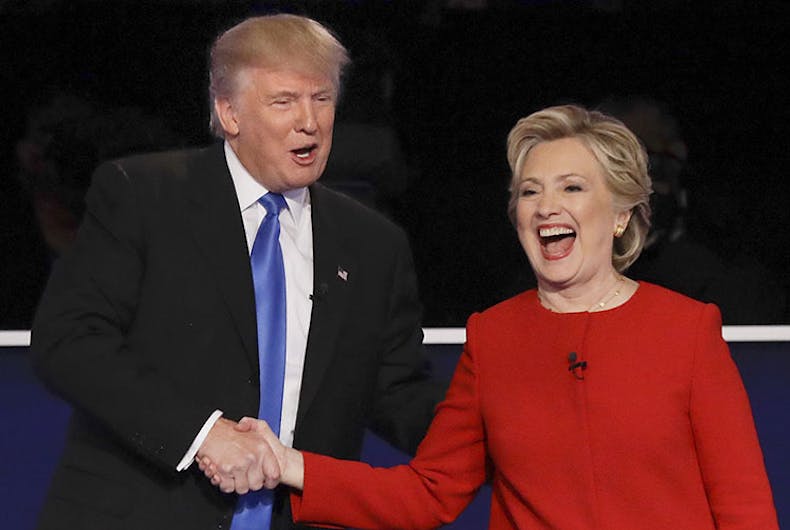 In a new report by Axios, “The TiVo presidency” is defrocked – and it’s pretty epic.

The article says, “Like an NFL coach reviewing game film, President Trump likes to watch replays of his debate and rally performances. But instead of looking for weaknesses in technique or for places to improve, Trump luxuriates in the moments he believes are evidence of his brilliance.”

“People think it’s easy,” Trump said in one riff about rally footage, per a source with direct knowledge. “I’ve been doing this a long time now and people are used to it, every rally, it’s like, people have said P.T. Barnum. People have said that before. And they think that’s easy, because hey, P.T. Barnum, he does the circus. They don’t realize, it’s a lot of work. It’s not easy.”

There you have it, folks. The President of the United States just referred his position as a circus akin to P.T. Barnum.

Trump reportedly often says phrases like, “Wait for it…see what I did there?” and has a favorite clip to watch on repeat; it involves Hillary Clinton.

Axios ruminated that Trump “loved to relive his debate performances against Hillary Clinton. His favorite, according to sources with direct knowledge, was the St. Louis debate after the Access Hollywood tape leaked, when the Trump team invited Bill Clinton’s sexual misconduct accusers as their guests in the live audience.”

According to Psychology Today, the hallmarks of Narcissistic Personality Disorder (NPD) are “grandiosity, a lack of empathy for other people, and a need for admiration. People with this condition are frequently described as arrogant, self-centered, manipulative, and demanding.”

Not all lesbians hate penis, but this group thinks they should