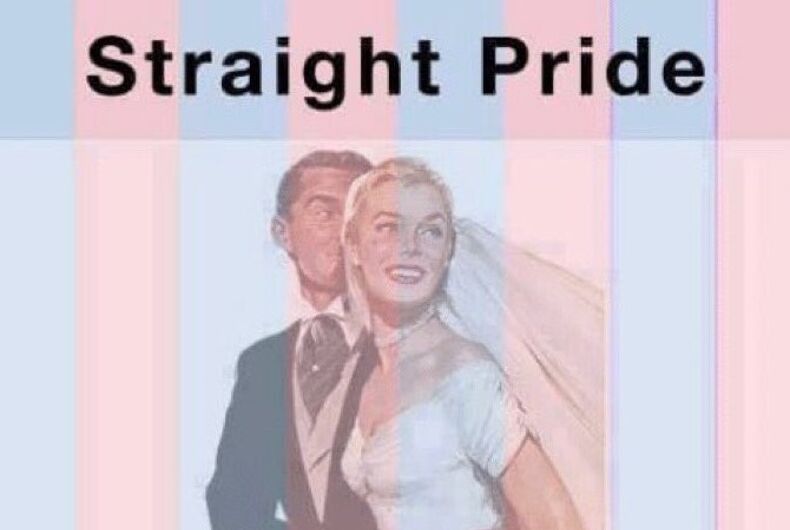 Responding to my article, The Trump administration has launched a crusade against LGBTQ ‘infidels’, reader jennjenn felt compelled to share their opinion.

“Homosexuals wouldn’t be here without people practicing Heterosexuality and their religious beliefs,” they wrote. “Shame on the LGBT agenda discriminating against anyone who doesn’t agree to their choice of sexual attraction. This is why we need heterosexual pride parades and a month to celebrate all the children that heterosexuals brought to earth.”

I wonder whether jennjenn realizes that LGBTQ people, atheists, and people who don’t define as Christian also produce and raise children.

The concept of “hegemony” describes the ways in which the dominant group, in this case heterosexuals, successfully disseminate dominant social realities and visions in a manner accepted as common sense, “normal,” and as representing part of the “natural” order – even at times by those who are rendered invisible by it.

LGBTQ people would not need Pride marches and history month if our histories had not been erased, if we had not been rendered invisible, marginalized, brutalized, violated, and killed.

Hegemony is advanced through “discourses,” which include the ideas and language of the dominant culture. These are implanted within networks of social and political control, described by Michel Foucault as “regimes of truth,” which function to legitimize what can be said, who has the authority to speak and be heard, and what is authorized as true or as the truth.

jennjenn would have been excited by an action taken in April 2011 by the Texas House of Representatives, proposed by Republican State Representative Wayne Christian.

The House overwhelmingly passed precedent-setting legislation requiring all public colleges and universities in that state with a student center on “alternative” sexuality to provide equal funding and resources to establish and maintain so-called “Family and Traditional Values Centers” as well to promote heterosexuality, heterosexual marriage, and heterosexual pride.

According to Rep. Christian’s amendment to the Texas budget for higher education, “It is the intent of the Legislature that an institution of higher education shall use an amount of appropriated funds to support a family and traditional values center for students of the institution that is not less than any amount of appropriated funds used by the institution to support a gender and sexuality center or other center for students focused on gay, lesbian, homosexual, bisexual, pansexual, transsexual, transgender, gender questioning, or other gender identity issues.”

Representative Christian admitted that he would rather have seen the existing “alternative” sexuality centers defunded and, therefore, eliminated, but decided that the bill had a better chance of passage by proposing the funding of so-called Family and Traditional Values Centers.

He said the new Centers could now sponsor programs promoting chastity and marriage between one man and one woman. Wow, it’s about time for the mandating of these centers, don’t you think?

Because of the new Family and Traditional Values Centers that have emerged throughout the state of Texas (which has the potential to trigger similar centers throughout the nation), possibly we will see greater understanding of heterosexual and cisgender lifestyles.

We might also find closer family relationships, greater chances for career success, and overall, a new generation experiencing greater feelings of self-esteem and developing positive identities at earlier ages than ever before.

These centers will give students the needed support and guidance when “coming out” as heterosexual and cisgender. What a great and needed service these family and traditional values will provide!

Oh yes, Texas certainly is on the (political) right track! Other states need to take note, or they will be left behind this new and exciting trend that will have far reaching implications.

And since we already have October set aside as “LGBTQ History Month,” just imagine not very far in the future that someone in the Texas legislature will propose setting aside only one month, maybe December, dedicated to HSC (Heterosexual, Straight, & Cisgender) History Month.

Hey, maybe we should also have White Pride and White History Month. Oops, we already have these. They are called Nazi and white supremacist rallies.