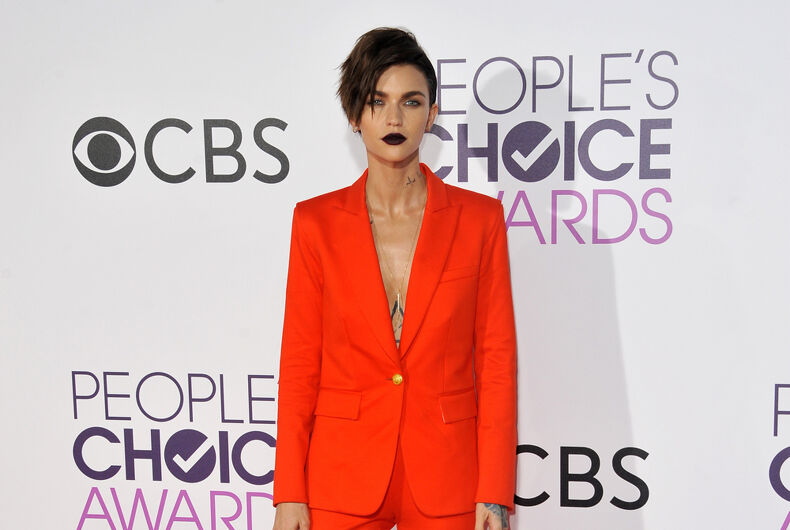 This means so much to me ❤ Thank you and congratulations, Batwoman! #Hero #Superhero @RubyRose https://t.co/tpWX0XMZrH

The 32-year-old “tough as nails” star has been easily typecast as one to watch, but now fans are all keeping an eye on her for another reason: to make sure she doesn’t mess up the Batwoman enterprise.

Twitter was in an uproar following the announcement that Rose would star in the iconic role on the impending CW series. Some loved the casting choice; others hated it.

Here are a few that loved it:

Hey @RubyRose — Welcome!! It’s characters like Batwoman that will carry our Universe into the future. See you soon!

I can’t speak for her acting quality and Ruby Rose is not Jewish, but I do have an issue with people criticizing her for not being a lesbian.

Ruby Rose is genderfluid and she has always said she prefers women.

It’s wrong to go around saying she’s not gay enough for #Batwoman.

And now for the haters:

finding out #Batwoman isn’t going to be played by a jewish woman like she should be like: pic.twitter.com/PXJgsQy5FL

Well, my excitement for #Batwoman was fun while it lasted 🙃 pic.twitter.com/15MzQ3siNp

Ruby is great… But she is not the only queer actress out there. I am very disappointed with these news, I was looking forward to a fresh face representing #Batwoman
Ashley Platz’s aud was👌🏼👌🏼 she’s a yoga instructor, could probably kick everyone’s ass anyway#RecastBatwoman pic.twitter.com/e9NoTaUZXh

Interesting how @TheCW pretends to care about the #LGBTQI community by hiring someone who has a history of outing people to play #Batwoman. All they care about is money and catering to the straight white demographic. The majority of fans have spoken. #RecastBatwoman

She’s come a long way from playing with her mother’s pet bats as a child.

“She nursed these little pet bats back to life,” Rose told comedian Jimmy Fallon, “but then they couldn’t go anywhere because they were domesticated. So they just lived in the house and shit everywhere.”

Rose also made bat wings out of cardboard and pretended to fly like her little winged friends.

“I would sleep in them [the wings] and I would run around in them, and I would jump off high things, and [my mom] would have to catch me,” Rose told Fallon.

The stand-alone Batwoman will launch following a December Arrowverse crossover event in which Rose will first appear as the dark savior who, in the midst of saving Gotham, must also learn how to save herself.

Fans are salivating over the crossover event, which is expected to feature popular characters from Arrow, The Flash and Supergirl (Legends of Tomorrow is not currently included in the lineup).

Screenwriter Caroline Dries of The Vampire Diaries will pen the series. Producer Greg Berlanti will spearhead the project for the CW. Berlanti is best known for his multi-generational work on Dawson’s Creek, Brothers & Sisters and Everwood.

Cher’s new single is here & everyone has lost their minds over it. You will too.

An LGBTQ political party is starting in Israel. Would one work in the U.S.?