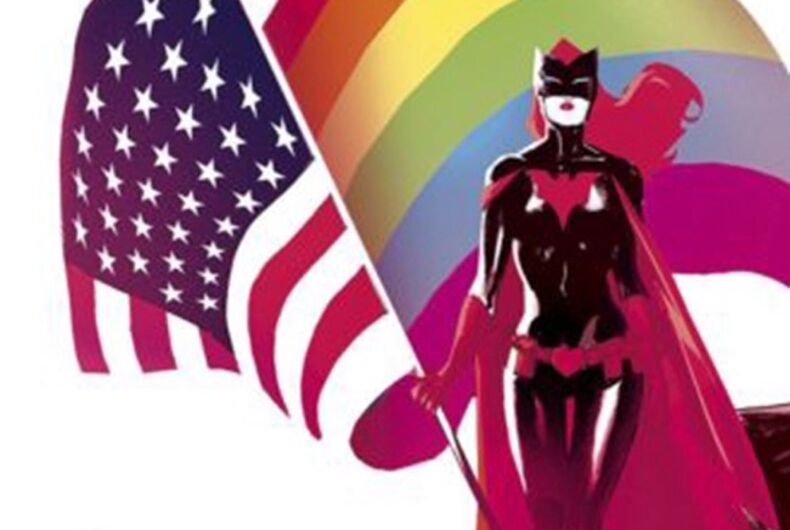 Batwoman’s Kate Kane is “armed with a passion for social justice and a flair for speaking her mind.” Now the CW wants to add one more thing to that short list: she’s a lesbian.

Casting for the pivotal role is currently underway for an “out lesbian actress, open ethnicity, to play age 25 to 29,” according to TVLine.

One name that’s being thrown around by fans is Orange is the New Black‘s Ruby Rose.

The character will first appear in December 2018 as a crossover between Arrow, The Flash and Supergirl. A spin-off series will occur from there.

The logline for the show reads: “Armed with a passion for social justice and a flair for speaking her mind, Kate Kane soars onto the streets of Gotham as Batwoman, an out lesbian and highly trained street fighter primed to snuff out the failing city’s criminal resurgence. But don’t call her a hero yet. In a city desperate for a savior, Kate must overcome her own demons before embracing the call to be Gotham’s symbol of hope. Based on the characters from DC.”

The network has shown its support for the LGBTQ community in a variety of ways recently. LGBTQ characters in the “Arrowverse” include Arrow‘s Curtis Holt (gay), Legends’ Sara Lance (bisexual), Legends’ Constantine (bisexual), and Supergirl‘s Alex Danvers (lesbian).

In addition, Supergirl is currently casting a transgender actress for Season 4.

Keeping it in the family, The Vampire Diaries’ out lesbian Caroline Dries will pen the Batwoman script.

Has Trump’s blatant toadying to Russia finally turned Fox News against him?