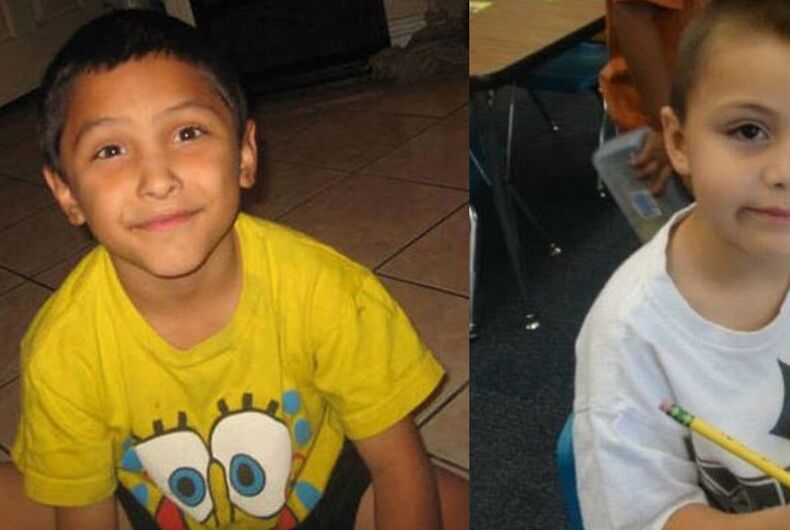 Over the past few years, two young boys have been tortured and killed in Los Angeles after multiple reports of abuse, possibly because their parents thought that they were gay.

This past Wednesday, the Joint Legislative Audit Committee in Sacramento approved a request to the California State Auditor to review the Los Angeles County Department of Children and Family Services (DCFS).

The audit will specifically investigate DCFS to see if they have “adequate practices to identify and protect LGBTQ youth.”

Legislators say they were moved to action by the death of Anthony Avalos, a 10-year-old boy who was died after years of abuse reports.

DCFS Deputy Director Brandon Nichols said that Anthony had said that he “liked boys,” and Anthony’s mother and her boyfriend have been arrested in connection to his death.

State Senator Ricardo Lara (D), State Senator Scott Wilk (R), and Assemblymember Tom Lackey (R) said that they requested the audit after hearing that there were 13 calls to DCFS since 2013 alleging that Anthony was being abused at home.

In a separate case, Gabriel Fernandez, an 8-year-old boy, was tortured by his mother and her boyfriend until he died in 2013. He was beaten, shot at with a BB gun, forced to eat cat feces, and forced into a small box for hours at a time.

Fernandez’ guardians were convicted of murder.

But DCFS may share some of the blame – an internal investigation found that reports of abuse and evidence that Gabriel was not being taken care of (like long absences from school) were ignored. Two DCFS employees and their supervisors were fired, and the four employees were charged with felony child abuse and falsifying documents.

“The heartbreaking deaths of Anthony and Gabriel demand that we search our souls and commit to a thorough response by all levels of our government,” said Senator Lara (D).

“It has been six years since the California State Auditor reviewed child safety in Los Angeles, and I hope that County leadership will welcome this as an opportunity to improve its practices, particularly when it comes to protecting LGBT youth who are more likely to face abuse and rejection by their families.”

“They deserved the opportunity to grow up and reach their full potential. We owe it to them – and to every child in Los Angeles County – to do everything in our power to make sure LGBTQ youth are protected from abuse and rejection.”