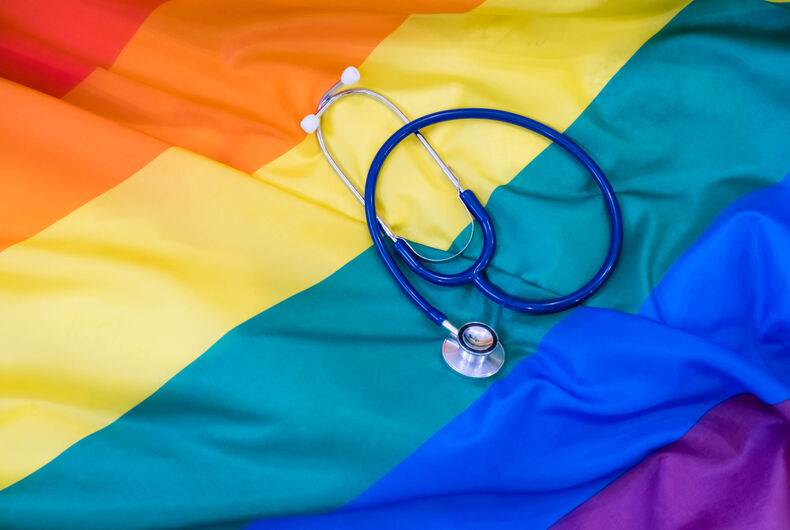 A new study shows that gay, lesbian and bisexual people are still reluctant to seek necessary health care coverage because of cost concerns. This is even with the added insurance benefits available via the Affordable Care Act (ACA), or Obamacare, as it’s commonly referred.

While gay, lesbian or bisexual adults are now covered at rates comparable to the national average, barriers to health care still remain. This is according to a new study from Brown University, which is now published in the current issue of Health Affairs.

“I started looking at this question because I had read a few studies indicating that following the ACA’s implementation in 2014 and the legalization of same-sex marriage in 2015, there were comparable rates of uninsurance for LGB adults,” said the study’s lead author, Kevin Nguyen.

“However, insurance is only one step in receiving care – I was curious to see if there were other differences in the access to care and health outcomes,” Nguyen added.

The study looked at a trio of data sets from the Centers for Disease Control and Prevention (CDC) to come to its conclusions, and included some 330,000 adults ranging in age from 18-64. Of these adults, 4.3% of those included in the study identified as gay, lesbian or bisexual.

Approximately 16.4% of gay, lesbian or bisexual adults included in the study avoided or delayed medical care based on financial hardship, compared to only 14.2% of straight adults.

Further, in spite of access to care, gay, lesbian or bisexual adults reported an increase in the number of days where poor mental or physical health impacted their ability to function.

Something the study did not look for were the reasons behind the inability to afford care. Nguyen pointed to previous studies showing that a large number of gay, lesbian or bisexual adults have purchased care individually versus through employers, leading to higher costs. He also speculated that gay, lesbian or bisexual people might need more services than their straight counterparts.

Issues of discrimination of gay, lesbian or bisexual people was not an explored factor in these findings.

Nguyen said he hoped to continue to explore the issue, which would include looking at the next health surveys and comparing how the Trump administration’s undermining of the ACA has impacted gay, lesbian or bisexual adults and their access to necessary care.

It is unclear at this point if sexual orientation will be included within the CDC studies in 2019 and beyond.