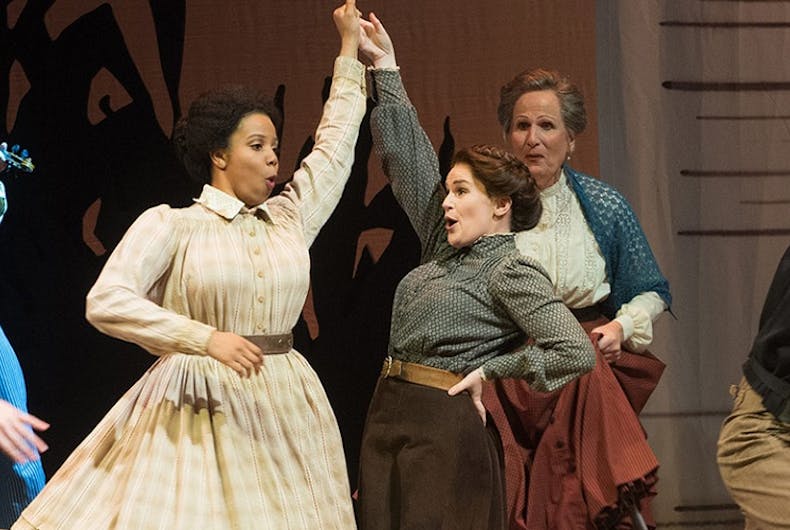 At issue is a New York Times article about an Oregon production of the Rogers and Hammerstein classic, where the lead couple Curly and Laurey is two women and side characters Will Parker and Ado Annie are Will Parker and Ado Andy. The idea came from Bill Rauch, the artistic director of the Oregon Shakespeare Festival, who is gay.

A full production of the gay Oklahoma! started in Ashland, Oregon, in April and is set to play through October.

“Unfortunately, the heirs of Rogers and Hammerstein no longer have a say in what happens to their plays,” the CBN article says, referring to how the rights to the play are owned by Concord Music, which approved the production.

CBN also bemoaned Netflix’s up-coming adaptation of Anne of Green Gables, which they said “was revised to include multiple homosexual characters.”

As for Rauch’s production itself, the New York Times wrote, “Within that faithful framework, altering genders and sexual orientations makes the musical’s familiar elements — including Agnes de Mille’s dark dream ballet, where Laurey is stalked by a new kind of dread — reverberate in surprising ways, even as the show makes an organic case for the notion that love is love.”

Telling stories with genders switched around can make people examine their own gender biases, which is what this production did.

“When Will asks for monogamy from the habitually available Andy, for example, it carries a different charge than when, in other productions, Will asks the same of Annie,” the Times wrote.

Editor’s note: This story has been corrected. The musical is being performed in Ashland, Oregon and not Ashville.