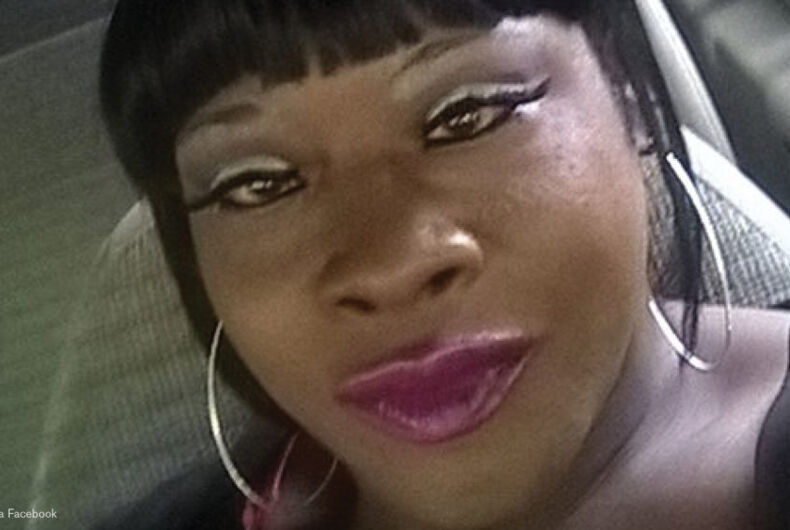 Diamond Stephens, 39, was found shot to death over a month ago in Meridian, Mississippi.

But because police and local media misgendered her, though, her murder is only coming to light now.

Stephens was driving a van when she was shot, which caused the van to crash into a house. Police believe that she was shot by someone inside the car.

“Number one, [she] was shot in the back of the head. Number two, it appears that there might have been either one or two other individuals in the vehicle at the time [she] was shot,” said Police Chief Benny Dubose.

Police have not identified any of the other people they believe were in the van and do not have any suspects. Dubose, though, said that they have “several tips from citizens.”

“It’s not right for someone to just go out and take [her] life away from [her] like that. We are hurting really bad,” said Stephens’s cousin Georgia Brown.

In the June stories WTOK-TV ran about the murder and the later candlelight vigil, Stephens was misgendered and deadnamed.

It wasn’t until a reader of Monica Roberts’s blog TransGriot sent in a tip that the community found out that she was a transgender woman.

“This is why we harp on media and police respecting the pronouns and lives of trans people,” Roberts wrote. “This woman was killed in June, but the community is just now finding out about it because of media and police misgendering.”

This may be because those are the transgender people that LGBTQ media are more likely to hear about – those who were connected with local activists who can make some noise if someone they know is misgendered in the media.

With Stephens, there were 15 transgender people killed in 2018 alone that we know about. But that number could be much higher if media and police have misgendered other cases of transgender people who were murdered and local activist communities did not know the victims.