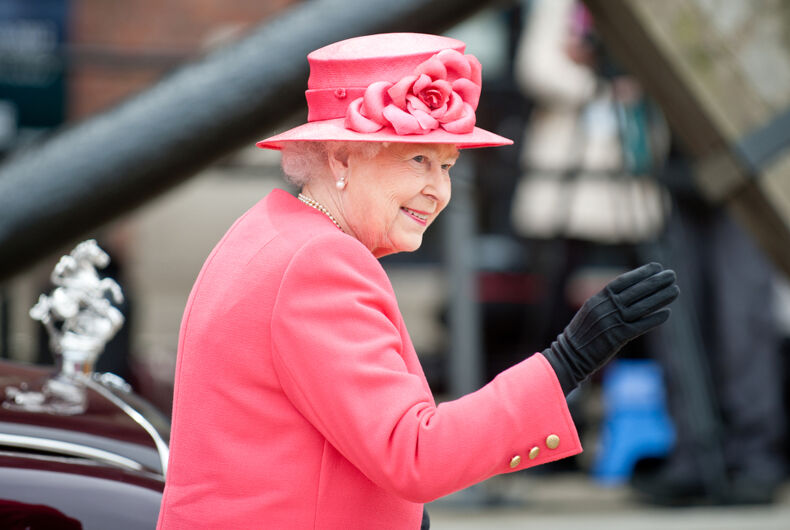 The royal family’s disdain for the crass orange blowhard is hardly a secret. Neither is Trump’s obsession with all things related to former President Barack Obama.

While Trump reportedly asks staffers “Did Obama implement this?” as his way of determining whether or not to repeal laws or guidance, even the investigation into his collusion with Russia prominently features his obsession. The Steele dossier alleges that Russian agents have video of Trump watching prostitutes pee on a bed once slept in by the Obamas.

The royals – particularly Princes Harry and Charles – are friends with the Obamas. And since the Queen is notoriously fastidious about protocols of state, it was hardly an accident that she wore the “American State Visit brooch” as Trump set foot on British soil.

The Obamas gave her the 1950 vintage brooch is in the shape of a green flower. It features 14-karat yellow gold, diamonds and moss agate. The Queen wore it to receive the Archbishop of Canterbury and the Grand Imam of Al-Azhar.

Trump, for his part, broke royal protocol repeatedly and kept the 92-year-old monarch waiting in the hot sun for 15 minutes in a hat and coat.

This man claimed ‘gay panic’ in a 1985 murder. He was executed this morning.