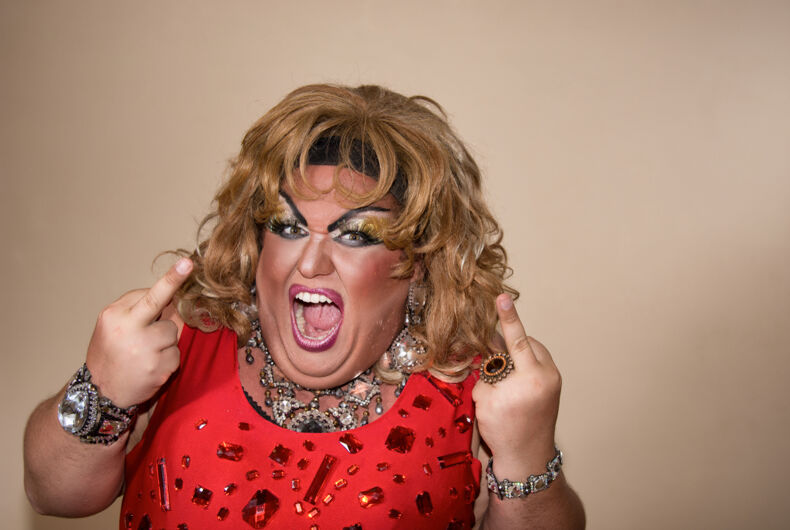 As the religious right trotted out their condemnations and concerns about Pride, one of the most common tropes is that pride is one of the seven deadly sins. Since the Old Testament also says homosexuality is a sin, when you combine the two you get some sort of supercharged sin spectacular.

So if religious nutjobs are going to use the Big 7 against us, the queer community has decided to embrace the allegation and take it a step further. If June is pride, that makes July wrath.

While many of us opted for the usual quips and jokes…

Pride month may be over but fear not!

…Anthony Oliveira, writing at the Washington Post, took a more serious approach that’s worthy of note. He wrote his piece with straight readers in mind and his quick take on the quiet need for LGBTQ wrath as well as pride will hit you in the gut.

“Perhaps you are confused. ‘#LoveIsLove!’ you tweeted. ‘Love wins!’ you said. And you meant well,” Oliveira writes. “You always mean well — the beer brands that used to mock us, the banks that denied us loans. The bachelorette parties that use us as props, the straight boys who assure us they are ‘cool with it’ but do not get why we have to be so ‘in your face.’ So quick to fly our flag, and even quicker to take it down.”

“Now we find ourselves wondering: What is it that your love has cost you? And what makes you believe you have any right to hold it equal to ours?

“We do not know what ‘love is love’ means when you say it, because unlike yours, ours is a love that has cost us everything,” he writes. “It has, in living memory, sent us into exterminations, into exorcisms, into daily indignities and compromises. We cannot hold jobs with certainty nor hands without fear; we cannot be sure when next the ax will fall with the stroke of a pen.”

“You have co-opted our pride, but you cannot have our rage.”

While examining the rage concealed behind snark, Oliveira lets loose a primal howl that the LGBTQ community has released before and remains only a shadow’s depth away from resurfacing daily.

“Stonewall. The White Night Riots. ACT UP,” he writes. “Wrath Month is a chance to remember that before our symbol was a rainbow, it was a hurled brick.”

“Civility be damned, then, along with everything else about us. Let justice be done, though the heavens themselves may fall.”

Happy Wrath Month. May your justice be swift and furious.