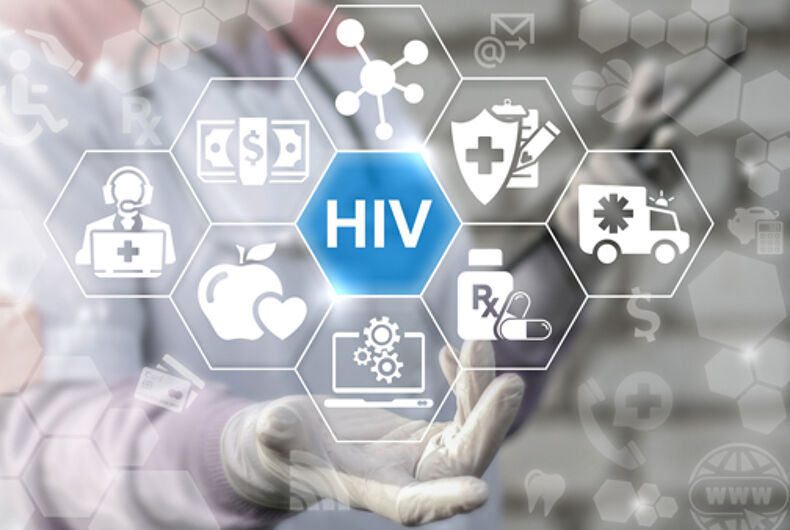 Will this study find a link between early access to insurance a lower HIV rates?Photo: Shutterstock

The Centers for Disease Control and Prevention is seeking approval from the White House’s Office of Management and Budget for a study centering on Hispanic and black men who have sex with men as well as black and Hispanic transgender women.

The goal of this study is to see if these groups receive better care — and lower HIV infection rates — by proactive management of their insurance coverage.

At current, the CDC says that men who have sex with me make up 81% of new HIV infections amongst men, and 65% of all new infections overall.

Research has previous shown that those who start therapy the day they are diagnoses were more likely to continue to pay attention to their care over the long term. Often standing in the way of this is health insurance.

“If this study is able to demonstrate that getting people who test for HIV enrolled in coverage when they test, it could improve their health generally no matter their HIV test result,” said Jeffrey Crowley in Modern Healthcare.

Crowley is the head of infectious disease initiatives at Georgetown University. He also served under President Barack Obama as the director of the Office of National AIDS policy.

In addition to improving access, there is hope that the study could also lead to increased federal funding to aid in navigating health care for those affected. Federal funding for coverage navigators was cut by $62.5 million between 2016 and 2017.

The proposed study and supporting documents can be found on the Office of Management and Budget website.

Pride month may be over, but LGBTQ Wrath Month has begun

Trump’s most homophobic Cabinet member just got shown the door