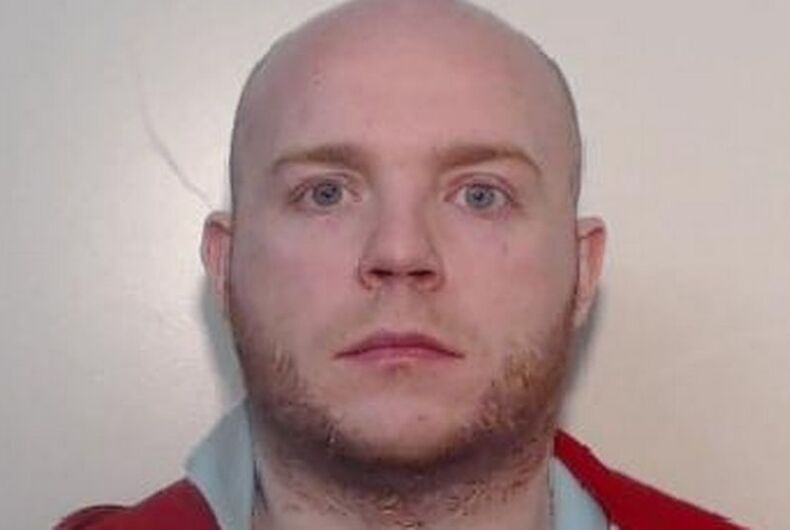 A gay man in Manchester has been sentenced to 12 years in prison for assault after he ran someone over with his car.

Aaron McDonald, who works for a finance company, and his boyfriend Max Kent were kicked out of a bar in Manchester’s Gay Village one night in March, 2017, for “bad behavior,” according prosecutor Sara Haque.

At around 5 a.m., McDonald, who was drunk and had gotten separated from Kent, heard a man he didn’t know make sexist remarks about a woman.

The man, Muso Dem, called his female friend a “silly stupid slut,” according to court records.

McDonald stopped to tell Dem not to say that, and Dem called him a “faggot boy.”

Surveillance video shows that there was some discussion between McDonald and Dem before Dem punched McDonald and kicked him.

Instead of just walking away, though, McDonald got into his car and aimed it at Dem, who was crossing the street with his friends. Dem hit the windshield, breaking it, and McDonald continued to drive with Dem’s body on the hood of his car.

McDonald also hit one of the women that Dem was with; she was knocked to the side.

McDonald stopped suddenly and Dem rolled off the hood. He was caught on surveillance cameras running Dem over again, dragging him for several feet until the back wheels of his cars went over his body.

He then drove home, drank some more wine, and went to sleep. The next morning, police showed up at his apartment. He allegedly said he knew why they were there.

Dem was left with a fractured pelvis and spine and a broken knee. He was hospitalized for weeks, had multiple surgeries, needs a catheter, and now has metal plates in his knee.

McDonald’s lawyer told the court that he was in a state of “panic,” and that he wasn’t really aware of what he was doing.

The judge, though, didn’t buy it.

“You said to the jury that you panicked and sought sanctuary in your car,” said Judge Michael Leeming at sentencing. “But you did not report this to the police, despite going back to the scene and seeing emergency vehicles attending the victim and pedestrians.”

“You deliberately set off to run him over when you saw him in the road.”

He has also been banned from driving for 11 years.