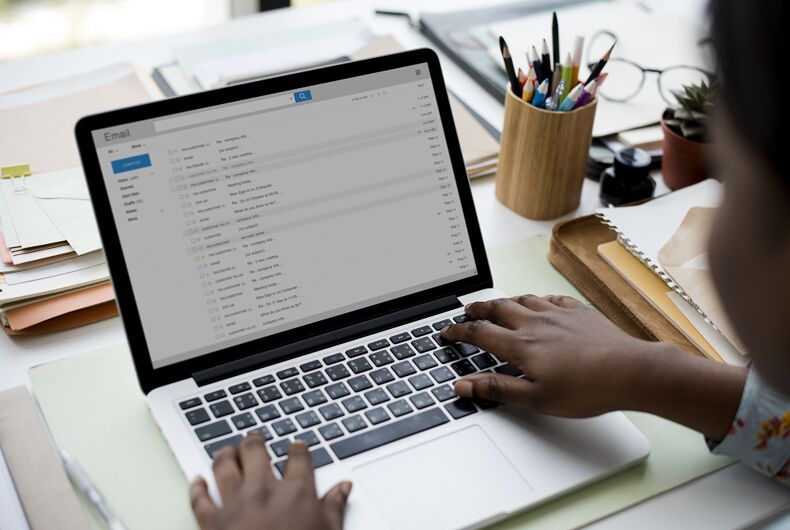 In the wake of a controversial article published in The Atlantic, a private listerv for “off-the-record discussion forum for left-of-center journalists, authors, academics and wonks” has come to light. In it, members have made clear their dislike of trans voices in the media.

The group, unveiled in an in-depth report in Jezebel, reveals deep biases against trans people within the media.

“I’m not interested in sharing this list or any other space with someone who is going to insist on nullifying and erasing my existence and experience as female,” declared one such cisgender media voice, only described as a “prominent futurist in progressive news media.”

This was in response to fellow listerv member Jesse Singal leaving Twitter last December amid controversy over his works on transgender people, most of which focus on transgender youth and “desistance,” a term used to describe a relatively small handful of people who may seek transgender care, only to halt such care temporarily or permanently at a later date.

Singal’s works have been criticized by transgender people for bias, including misuse of studies to bolster his opinion pieces.

The recent piece in The Atlantic by Singal also focuses on the same issues he has presented previously, and misgendered one person on the front cover of the magazine.

Singal took to the private listerv to defend his piece once criticism started, calling the response “over the top and exaggerated and clearly not pegged to anything in the piece itself.” Others in the group agreed with Singal.

“I’m sorry you are dealing with the Twitter crowd once again,” said one person, identified as a Washington Post opinion writer. “Most people I know will not write about this subject any more because no matter how hard you try to represent the issues accurately and without bias against trans people, you will be accused of not doing so.”

One of the more vocal critics of Singal has been transgender author Julia Serano, who has used her own platform to respond to Singal many times.

In a thread on Twitter, Serano responded to the issues she sees most in Singal’s work, and in particular the threads in the listerv. “It’s insulting to trans people generally for him to dismiss our legitimate concerns to be product of ‘groupthink’ & to create a false dichotomy between trans people vs. science-minded people WHEN MANY TRANS PEOPLE ARE SCIENTISTS!” (Emphasis in the original)

Singal himself mentioned Serano on the listerv, saying that a reporter contacting her in response to a past article of Singal’s drove him “bonkers.”

The Atlantic, in response to the controversy around their initial piece, is running follow-up articles to try to further cover the issue beyond the Singal piece.

Now is not the time to be thinking about civility