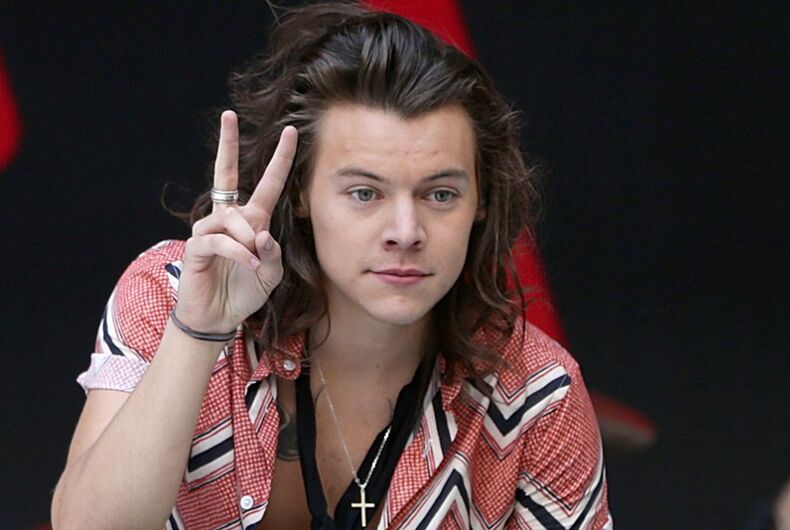 Pop star Harry Styles helped someone come out to her parents at a concert.

While performing in San Jose, Texas, the former One Direction member noticed a sign in the audience that said, “I’m going to come out to my parents because of you.”

Styles read the sign and talked to the fan, whose name is Grace. He asked for her mother’s name, and then shouted into the mic, “Tina, she’s gay.”

@Harry_Styles Thank you so much for creating an environment where I am proud to be who I am. Your continuous support of the LGBTQ+ has helped me come to love myself and feel safe. Thank you for tonight and I can’t wait to show Tina (my mom) this video. Love you always. pic.twitter.com/Kk5FJVYemB

Styles, who says he likes both boys and girls, said last year that he doesn’t identify as bisexual.

“I don’t feel like it’s something I’ve ever felt like I have to explain about myself,” he said.

Earlier this year, he released a song called “Medicine” that fans are calling a bisexual anthem.