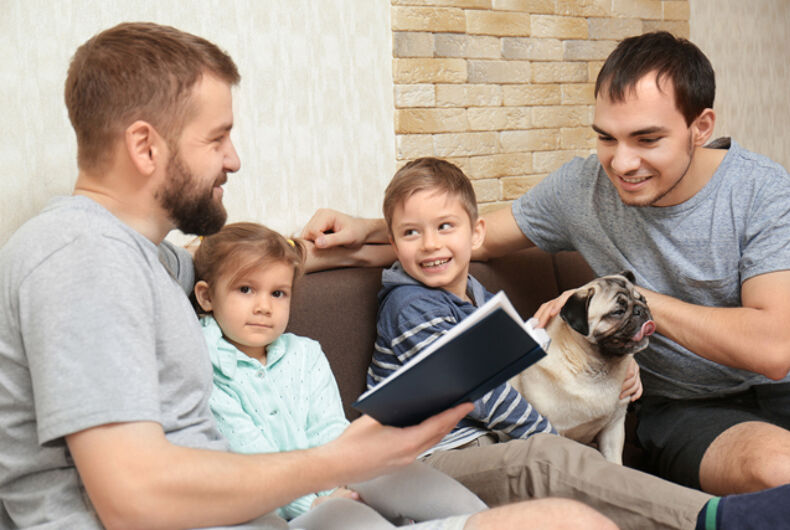 A federal judge rejected a claim from a Christian adoption and fostering service that their constitutional rights were violated by being forced to follow an anti-discrimination law.

Catholic Social Services (CSS) and Bethany Christian Services, two adoption and fostering agencies in Philadelphia, were caught earlier this year refusing to place children with same-sex parents. The city suspended their contracts until they agreed to comply with the city’s non-discrimination ordinance.

Bethany agreed to comply, but CSS filed a lawsuit, saying that it should get a religious exemption to the city’s anti-discrimination law.

James Amato, the vice president of CSS, said in court that foster parents must present to them a “clergy letter” from a religious minister, but that the member of the clergy could be from any denomination. He said that it was an “absolute condition” for foster parents to be religious in order to be certified by their agency.

CSS said, though, that it is willing to work with single parents.

U.S. District Judge Petrese Tucker rejected CSS’s arguments. She ruled that CSS’s contract with the city to provide services in exchange for money makes it a public accommodation.

Moreover, the contract itself includes a nondiscrimination clause, which means that CSS violated both city law and its own contract.

The judge rejected CSS’s claims that it was being forced to violate its religious principles. “The Services Contract does not require CSS to express its religious approval or disapproval of persons seeking out its services,” Tucker wrote in the decision.

Tucker also rejected the argument that foster children will be negatively impacted by CSS losing its contract. The city “offered evidence showing that the closure of CSS’s intake of new referrals has had little or no effect on the operation of Philadelphia’s foster care system,” she wrote.

The city works with around 30 different adoption and fostering agencies, and many of them are periodically closed for various reasons.

Tucker concluded that the city had an interest in refusing CSS a contract for several reasons, including the city’s legitimate interests in enforcing its own contracts, maintaining a diverse pool of foster parents, and avoiding discrimination against LGBTQ people.

The judge also had a problem with the “clergy letter” requirement, saying that it raises “serious constitutional… questions” when it comes to nonreligious foster parents and foster parents whose religions don’t involve leaders who are willing to write letters.

The Becket Fund for Religious Liberty, an anti-LGBTQ organization, called the ruling “harmful.” The plaintiffs have already filed a notice of appeal.