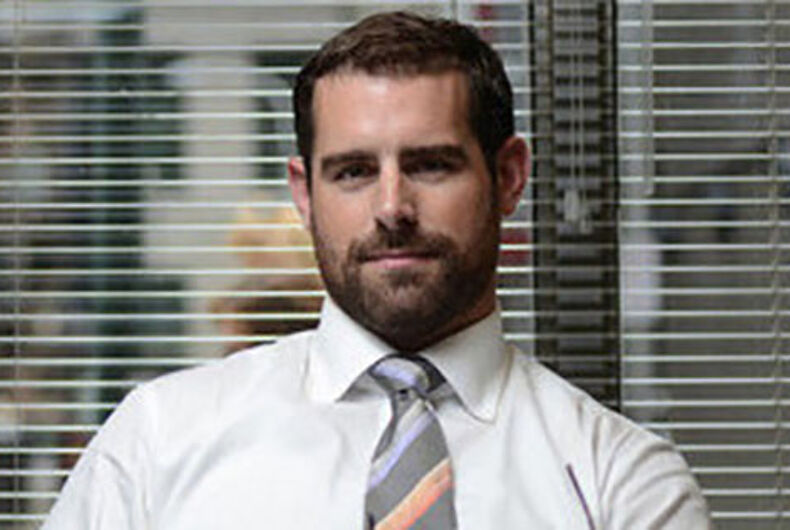 Pennsylvania state representative Brian Sims may be the state’s first out legislator, but he says he’s definitely not the first gay lawmaker. In fact, he says he currently serves with a dozen closeted legislators.

“I serve with over a dozen closeted members, whom I would never identify to anybody else, and when I joined the legislature, many of them were co-sponsors of anti-LGBT bills,” Sims told the Advocate.

In 2017, Republican representative Daryl Metcalfe insinuated that fellow lawmaker, Democrat Matt Bradford, is gay after Bradford touched his sleeve to get his attention. Metcalfe later admitted his outburst was done intentionally to embarrass Bradford.

“Look, I’m a heterosexual,” Metcalfe sneered. “I have a wife, I love my wife, I don’t like men, as you might, but don’t, stop touching me all the time.”

Despite outcry from both sides of the aisle at Metcalfe’s gay panic moment, the legislator refused to apologize. Bradford is married to a woman and has four children.

Metcalfe is best-known in the state for his vociferous attacks on LGBT people and Sims in particular.

“You can’t make this stuff up! The most homophobic, transphobic, racist, sexist, xenophobic member of our government is using legislative time, and tax payer dollars, to interupt [sic] a meeting to announce his sexual orientation,” Sims wrote in a Facebook post.

“THIS is what dealing with Republicans in Pennsylvania has become. THIS is why they’re attacking our youngest and most vulnerable members of the LGBT community. THIS is what a broken moral compass, combined with gerrymandered, false leadership looks like,” he added.

Metcalfe, who deliberately told a room full of witnesses that he is heterosexual as part of an anti-gay smear, has also been the sponsor of numerous anti-LGBTQ bills.