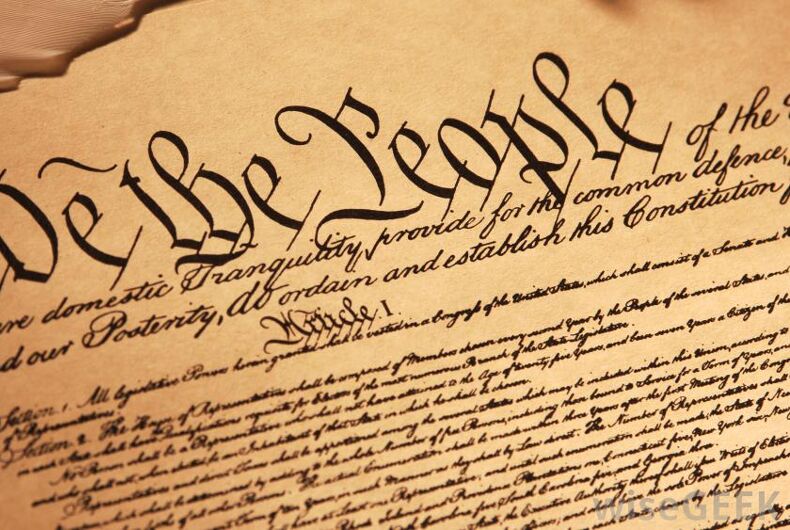 Facing an uphill battle to protect recent gains, LGBTQ Americans can ill afford to rule out any paths to justice.

It was a bittersweet Fourth of July for many LGBTQ Americans. Even as we watched the spectacle of fireworks celebrating America’s independence, many of us couldn’t help but envision so many of our hard-fought, recently-won gains toward equality going up in smoke.

The dark days of the Trump era got a lot darker for us with the news that Supreme Court Justice Anthony Kennedy will retire at the end of July. Considered the “swing vote” on many cultural issues before the Court, Kennedy’s retirement gives Donald Trump an opportunity to make a second appointment that could push the Court further to the right for more than a generation.

Opponents of LGBTQ equality have been clear about their desire to reverse significant court decisions like Roe v. Wade and Obergefell v. Hodges. Failing that, they will most certainly employ a right-leaning Court to effectively whittle away those rulings with exceptions to the protections they provide.

For LGBTQ Americans, the courts have been a shorter pathway to justice on issues like marriage equality. With two rulings, the Court overturned state bans on same-sex marriage that would have probably taken decades to reverse one by one, leaving at best a patchwork protections for same-sex couples. See the Court’s recent ruling in the Masterpiece case for an example.

If Donald Trump puts another conservative justice on the bench, it will close the Court to us as a path to gaining justice.

Gay & Lesbian Alliance Against Defamation president and CEO Sarah Kate Ellis sees one way forward: a constitutional amendment “that includes the welfare of all Americans, independent of sex, sexual orientation, or gender identity.”

Such an amendment, Ellis writes, “ends the rigor of court decisions and removes the formidable possibility that current or future administrations can chip away at LGBTQ progress.”

Ellis even provides language for the proposed amendments: “Equality of rights under the law shall not be denied or abridged by the United States or by any State on account of sex, sexual orientation, or gender identity.”

Amending the Constitution, as Ellis notes, is a long and arduous path.

Thirty-eight states would need to ratify an amendment. Polling over the last few years shows that we’re already on the way to widespread support for LGBTQ equality. 67% of Americans believe that same-sex unions should be legal, and nearly 80% of Americans think that LGBTQ people deserve equal rights.

Should we fight to keep the courts open as a path to gaining equality? Absolutely. But every movement needs a short-term and a long-term strategy.

The courts have always been and should continue to be an instrument for rapid social change. No group should have to wait indefinitely for equality or suffer injustice for one moment longer than they have to.

However, we need a strategy to prevent our victories in the courts from being taken away as quickly as we won them. A constitutional amendment is a long alternate road to justice, but one worth pursuing even as we continue to fight on other fronts.

Trump has outsourced judicial nominees to an anti-LGBTQ legal group